At least ten persons have been injured at Akyem Oda in the Birim Central Municipality of the Eastern Region, after a violent storm on Monday.

Hundreds of buildings including churches, schools and shops were also destroyed.

Aside the buildings, electricity poles, bill boards and radio masts toppled over.

Residents have also been displaced as a result of the rainfall. 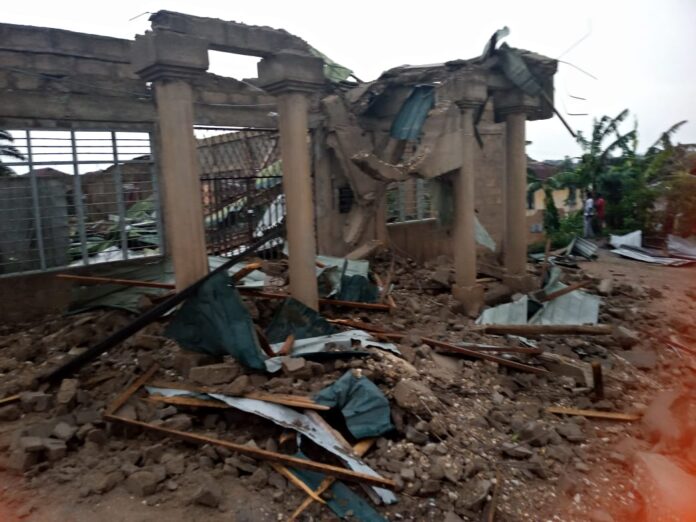 He said his outfit has dispatched personnel to assess the extent of damage and provide an immediate intervention to the affected parties.

Meanwhile, the injured persons as well as some students of Attafuah Senior High School, who were left traumatised, were treated and discharged.