10 things we learned on Newsfile from Eurobond to Airbus

On February 8, 2019, Joy FM’s news and current affairs programme, Newsfile, took on some of the week’s most topical issues—Ghana’s oversubscribed Eurobond outing, the performance of the Economy and the banking sector and then the controversial Airbus scandal and the scandalous missing excavators seized from illegal miners.

TheGhanaReport.com monitored and brings you 10 things we learned.

Celebrating debt for the next generation

The Finance Minister wants you to forget about the struggles of the local currency, which have been struggling with epileptic seizures (depreciation) against the dollar and other major trading currencies, and focus on how far the country has come in the last three years “resulting in a cost of capital drop for the nation.” Ghana’s debt to gross domestic product (GDP) is fodder on almost every discussion on the economy. The World Bank also warned of potential debt distress as the country’s coffers open wider to borrow as a means of closing its deficit.  But Mr Ken Ofori-Atta who had no co-panellist to point out the effects of huge debts on an economy said even the United States and Japan owe.

“It is not that you should not borrow but you should borrow with care,” he said but that is no different from his predecessor, Seth Tekper, who touted smart borrowing but had to be saved by an IMF bailout in 2015.

It’s a record, only this time there will be no kenkey party.

The Peter and Paul economics

“So far we have been interested in the conspiracy theories far more than reaching out to Mr Amidu to find out what he is doing because you know, so far, Mr Amidu’s support and the euphoria we all had on his appointment has fast dwindled”.
“This one is a make or breaks for him,” he explains. 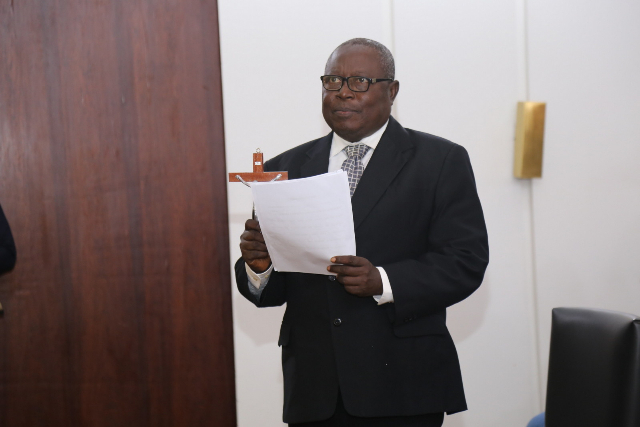 9. Ghana does not need to chase the United State of America, the United Kingdom and France to have a bite of the 3 billion pound fine imposed on the aerospace giant, Airbus, for bribing its way to sell its wares to governments and airlines. Mr Kpebu, Mr Banson and Dr Yankey said the country could make a case at an international court for value for money since there was a possibility that the country loss money from the deal.

10. There was a sign on the wall right from the beginning that galamsey fight had been lost the moment Mr Charles Bissue, the Secretary of the Inter-Ministerial Taskforce on Illegal Mining was caught on tape receiving money says Mr Banson. Then he profoundly says “galamsey is not an NDC or NPP fight. It’s a fight to save Ghana.” He stretches the argument to say that the seized excavators by law are to be used for the benefit of the state but their disappearance could mean causing financial law to the state.