The Ministry of National Security says the emergency call centre dedicated to terrorist reports has received over 10,000 calls in the first 30 hours after the launch of the ‘See something, Say Something’ campaign.

According to the ministry, “the majority have been prank calls and calls to verify the operationality of the call line”.

The ministry announced 999 as the emergency number for terrorist-related reports but was concerned about the latest trend, which “has culminated in long call queues and delayed response to calls made to the centre”.

Despite the development, the ministry has assured the public of the activeness of the call centre and encouraged the public to report all suspicious persons and behaviour.

“We beseech all and sundry to desist from making prank calls to the centre as doing so undermines the ability of law enforcement agencies to effectively respond to actual crises,” a statement released on 26 May 2022 indicated.

The dedicated line was activated as part of a campaign, in line with the whole-of-society approach that underpins the National Security Strategy, aimed at encouraging citizens to report suspicious persons or activities to enable the State to respond effectively to the threat of terrorism and violent extremism.

There have been heightened efforts to deal with threats of terrorism following an attack in neighbouring Togo.

Consequently, the Ministry of National Security cautioned the public and advised worship centres to beef up security over threats of terrorist attacks. 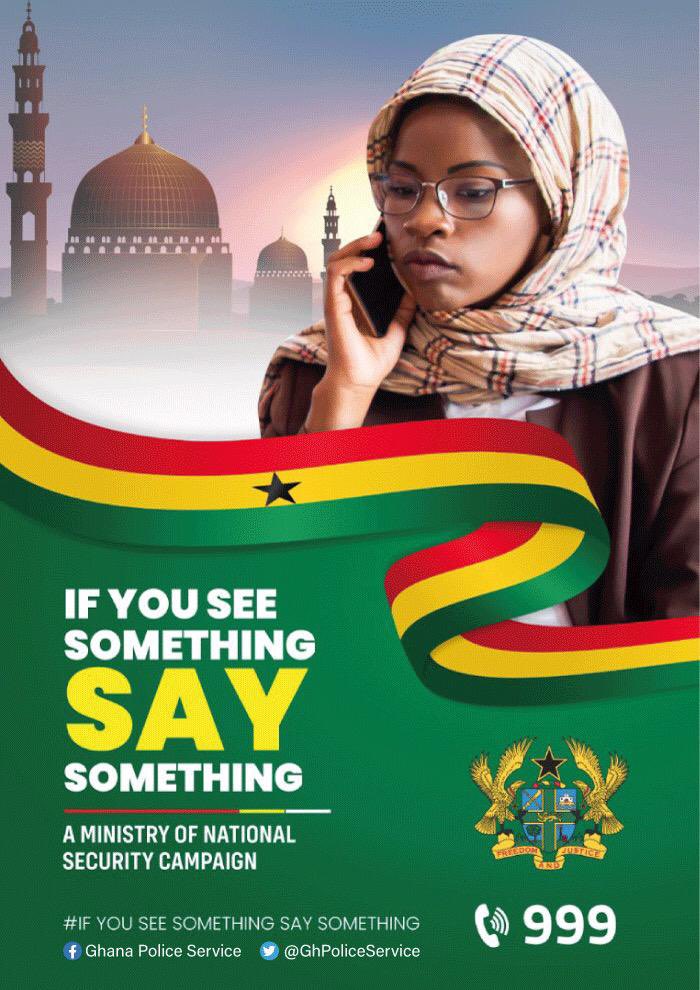 The ministry intensified efforts to deal with the threats with the launch of the ‘See Something, Say Something’ two days ago.

The Minister for National Security, Mr. Kan-Dapaah, has said the state security and intelligence agencies remained on high alert to contain any eventuality.

He emphasised that safeguarding the country’s security and stability remained a key priority for all state security and intelligence agencies.

Additionally, the security enforcement agencies have been organising simulation exercises with important information in circulation on how to act during a terrorist attack.

The national security minister indicated that the support the government had from the Interior and Defence Committee of Parliament paved the way for the retooling of the security and intelligence agencies.

That, he said, was not to suggest that the security and intelligence agencies did not have sufficient equipment and tools at the time.

He added that there had been a deliberate effort to retool and add to the equipment that the country needed to ward off any security threat in recent times.

The national security minister said apart from Burkina Faso, there had been attacks in Cote d’Ivoire, about seven attacks in Benin, and recently, one terrorist attack in Togo.

“So far, there has not been any attack in Ghana. It does not mean that the terrorists are not planning to attack. We believe they may be planning, and the best way to handle it is to ensure that we also do all that is necessary to contain the situation,” he added.