11 Foods and Drinks to Avoid with Diabetes

Diabetes is a chronic disease that has reached epidemic proportions among adults and children worldwide (1Trusted Source).

Uncontrolled diabetes has many serious consequences, including heart disease, kidney disease, blindness, and other complications.

Prediabetes has also been linked to these conditions (2Trusted Source).

Importantly, eating certain foods can raise your blood sugar and insulin levels and promote inflammation, which may increase your risk of disease.

This article lists 11 foods and drinks that people with diabetes or prediabetes should avoid.

Why does carb intake matter for people with diabetes?

Carbs, protein, and fat are the macronutrients that provide your body with energy.

Among them, carbs have the greatest effect on your blood sugar by far. This is because they’re broken down into sugar, or glucose, and absorbed into your bloodstream.

Carbs include starches, sugar, and fiber. However, fiber isn’t digested and instead absorbed by your body in the same way other carbs are, so it doesn’t raise your blood sugar.

Subtracting fiber from the total carbs in a portion of food will give you its digestible or net carb content. For instance, if a cup of mixed vegetables contains 10 grams of carbs and 4 grams of fiber, its net carb count is 6 grams.

When people with diabetes consume too many carbs at a time, their blood sugar levels can rise to dangerously high levels.

Over time, high levels can damage your body’s nerves and blood vessels, which may set the stage for heart disease, kidney disease, and other serious health conditions.

Therefore, it’s important to avoid the foods and drinks listed below. 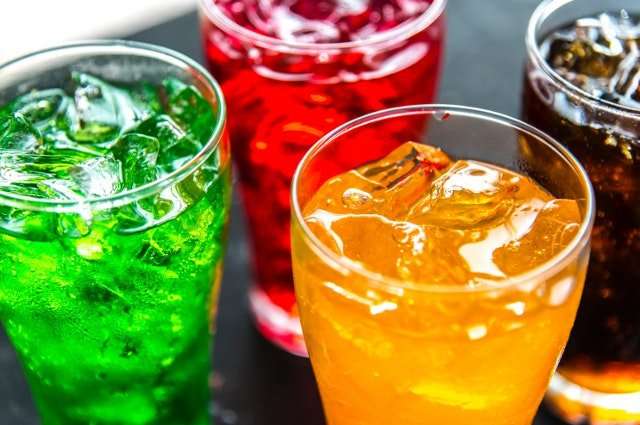 Sugary beverages are the worst drink choice for someone with diabetes.

In addition, these drinks are loaded with fructose, which is strongly linked to insulin resistance and diabetes. Indeed, studies suggest that consuming sugar-sweetened beverages may increase the risk of diabetes-related conditions like fatty liver disease (6Trusted Source, 7, 8).

While more research is needed to gain a clearer understanding of the relationship between trans fats and insulin resistance, the links mentioned above are especially concerning for people with diabetes, as they’re at an increased risk of heart disease.

Artificial trans fats have been outlawed in most countries, and in 2018 the Food and Drug Administration (FDA) banned the use of partially hydrogenated oil — the major source of artificial trans fat in the food supply — in most processed foods (17Trusted Source).

This doesn’t mean that all foods in the United States are now free of artificial trans fats. Manufacturers aren’t required to list trans fats on the nutrition facts labels if a product contains under 0.5 grams of trans fat per serving (18Trusted Source).

It’s best to avoid any product that contains the words “partially hydrogenated” in its ingredient list. 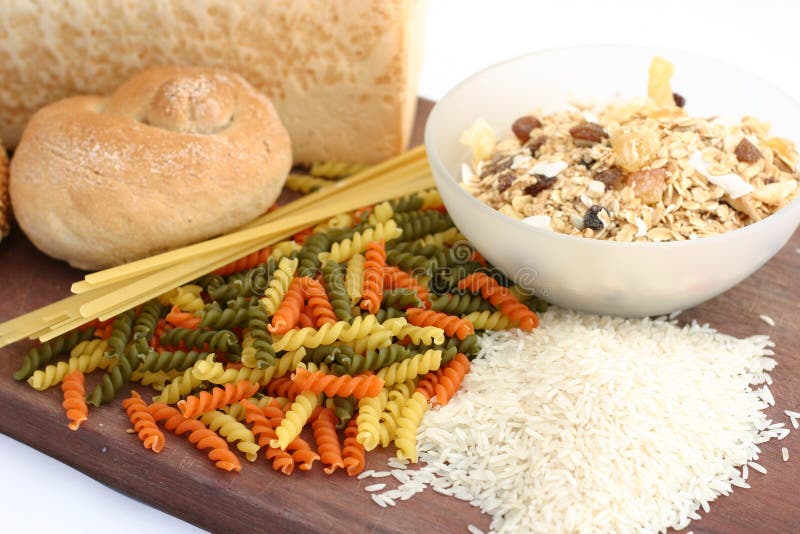 Eating bread, bagels, and other refined-flour foods have been shown to significantly increase blood sugar levels in people with type 1 and type 2 diabetes (19, 20).

This response isn’t exclusive to products made with refined white flour. In one study, gluten-free pastas were also shown to raise blood sugar, with rice-based types having the greatest effect (21Trusted Source).

Another study found that high carb foods not only raised blood sugar but also decreased brain function in people with type 2 diabetes and mental deficits (22).

These processed foods contain little fiber. Fiber helps slow the absorption of sugar into the bloodstream. 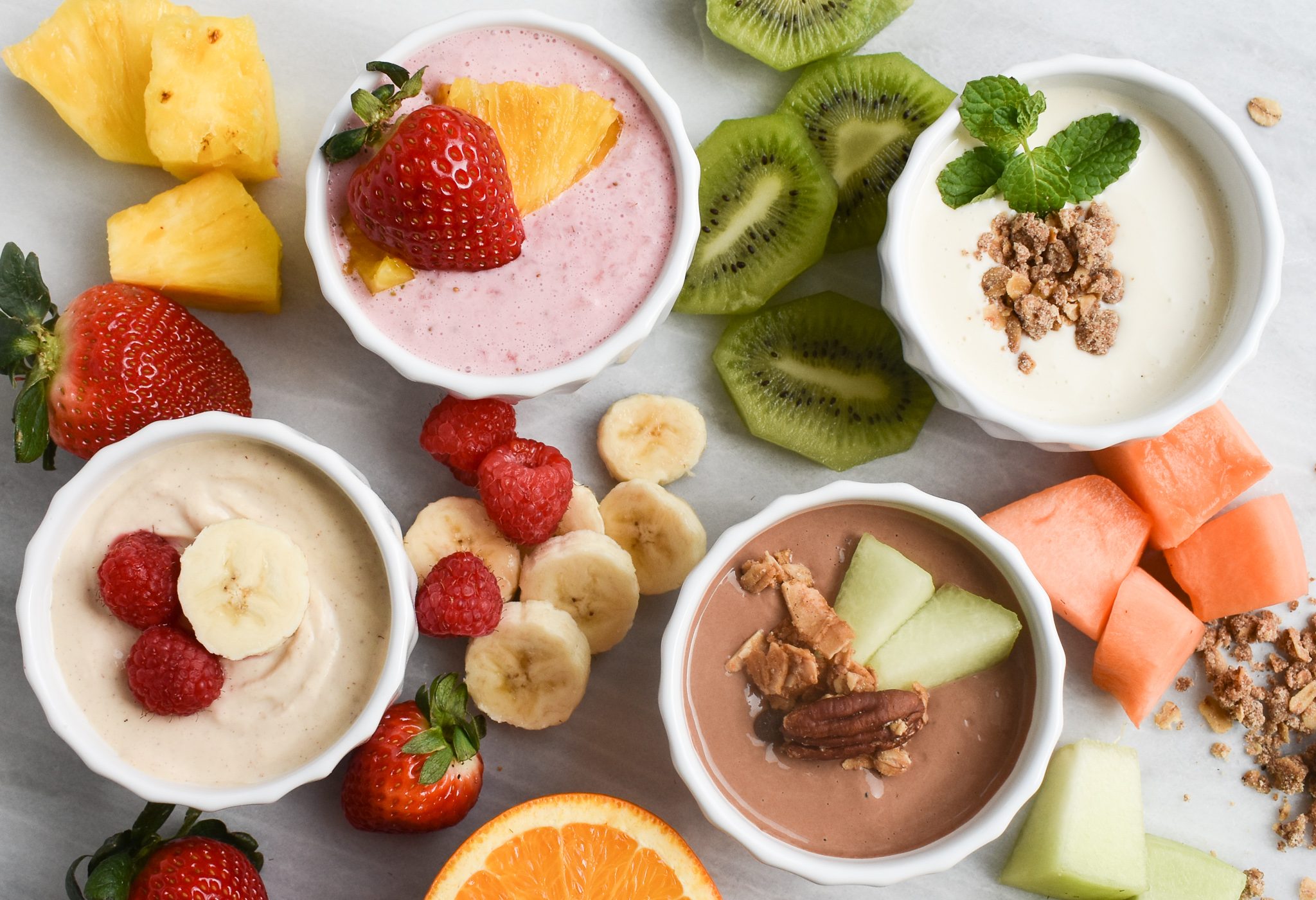 Plain yogurt can be a good option for people with diabetes. However, fruit-flavored varieties are a very different story.

Flavored yogurts are typically made from nonfat or low fat milk and loaded with carbs and sugar.

In fact, a 1-cup (245-gram) serving of fruit-flavored yogurt may contain almost 31 grams of sugar, meaning nearly 61% of its calories come from sugar (24Trusted Source).

Many people consider frozen yogurt to be a healthy alternative to ice cream. However, it can contain just as much or even more sugar than ice cream (25Trusted Source, 26Trusted Source).

Rather than choosing high sugar yogurts that can spike your blood sugar and insulin, opt for plain, whole milk yogurt that contains no sugar and may be beneficial for your appetite, weight control, and gut health (27, 28Trusted Source).

Eating cereal can be one of the worst ways to start your day if you have diabetes.

Despite the health claims on their boxes, most cereals are highly processed and contain far more carbs than many people realize.

In addition, they provide very little protein, a nutrient that can help you feel full and satisfied while keeping your blood sugar levels stable during the day (29Trusted Source).

Even some “healthy” breakfast cereals aren’t good choices for those with diabetes.

For instance, just a 1/2-cup serving (about 56 grams) of granola contains 44 grams of carbs, while Grape Nuts contain 47 grams. What’s more, each provides no more than 7 grams of protein per serving (30Trusted Source, 31Trusted Source).

To keep blood sugar and hunger under control, skip most cereals and choose a protein-based low carb breakfast instead. 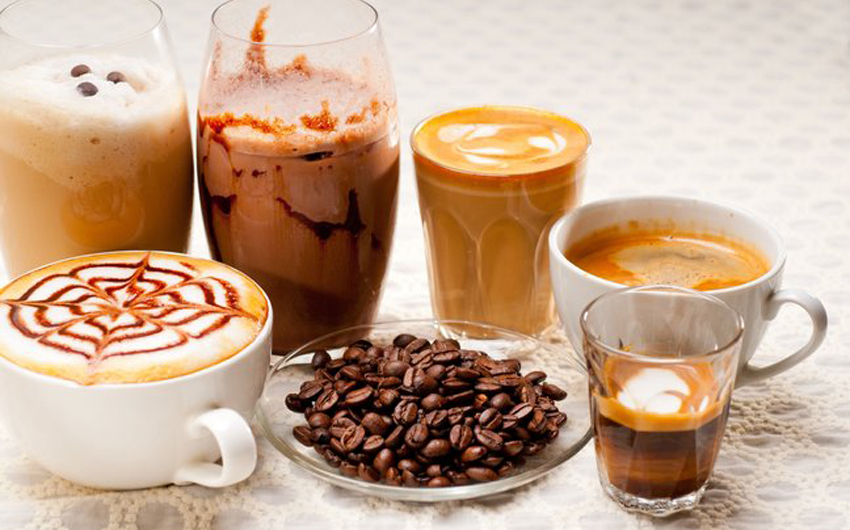 Coffee has been linked to several health benefits, including a reduced risk of diabetes (32).

However, flavored coffee drinks should be viewed as a liquid dessert rather than a healthy beverage.

For instance, a 16-ounce (473-mL) Caramel Frappuccino from Starbucks contains 57 grams of carbs, and the same size of the Blonde Vanilla Latte contains 30 grams of carbs (35, 36).

To keep your blood sugar under control and prevent weight gain, choose plain coffee or espresso with a tablespoon of heavy cream or half-and-half.

People with diabetes often try to minimize their intake of white table sugar, as well as treats like candy, cookies, and pie.

However, other forms of sugar can also cause blood sugar spikes. These include brown sugar and “natural” sugars such as honey, agave nectar, and maple syrup. 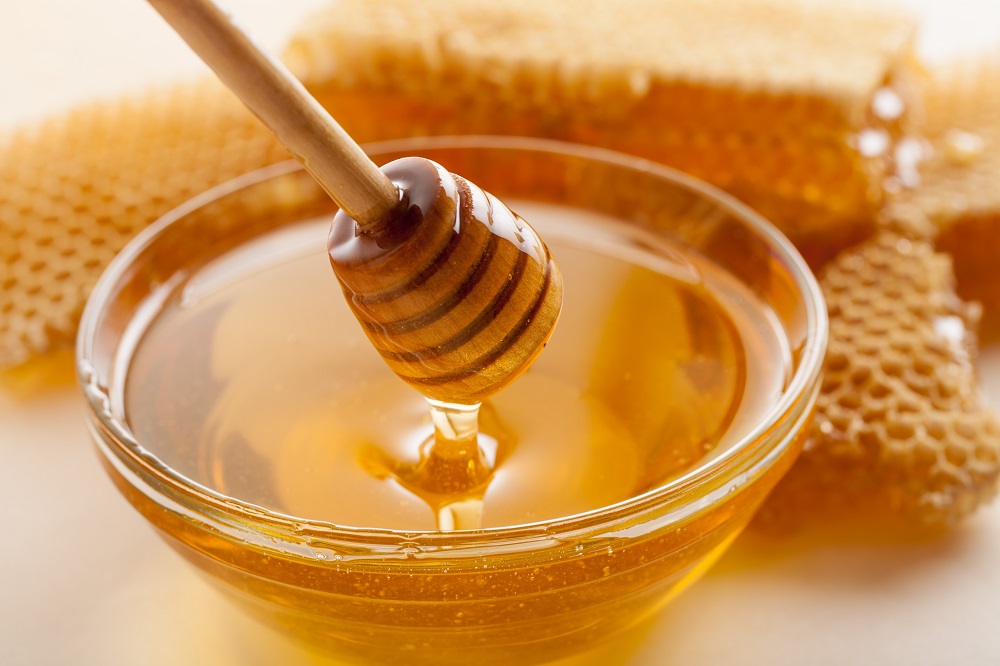 Although these sweeteners aren’t highly processed, they contain at least as many carbs as white sugar. In fact, most contain even more.

Below are the carb counts of a 1-tablespoon serving of popular sweeteners:

In one study, people with prediabetes experienced similar increases in blood sugar, insulin, and inflammatory markers regardless of whether they consumed 1.7 ounces (50 grams) of white sugar or honey (41Trusted Source).

Your best strategy is to avoid all forms of sugar and use natural low carb sweeteners instead.

Fruit is a great source of several important vitamins and minerals, including vitamin C and potassium.

When fruit is dried, the process results in a loss of water that leads to even higher concentrations of these nutrients. 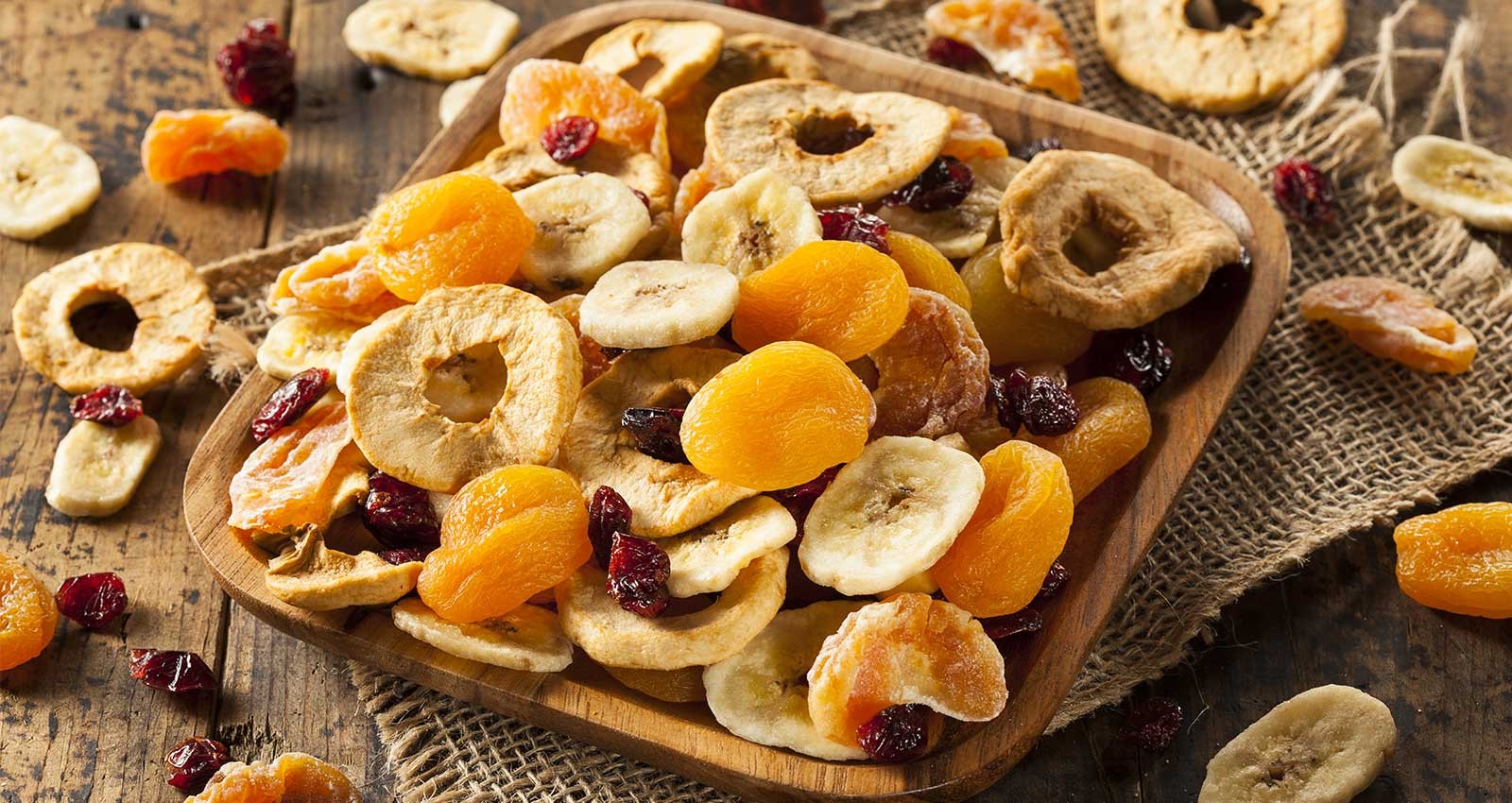 Therefore, raisins contain more than four times as many carbs as grapes do. Other types of dried fruit are similarly higher in carbs than their fresh counterparts.

If you have diabetes, you don’t have to give up fruit altogether. Sticking to low sugar fruits, such as fresh berries or a small apple, can provide health benefits while keeping your blood sugar in the target range. 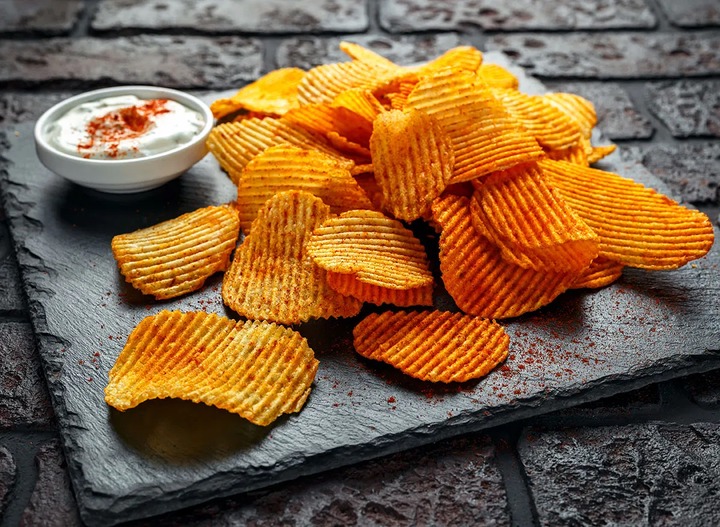 They’re typically made with refined flour and provide few nutrients, although they have plenty of fast-digesting carbs that can rapidly raise blood sugar.

Here are the carb counts for a 1-ounce (28-gram) serving of some popular snacks:

In fact, some of these foods may contain even more carbs than stated on their nutrition label. One study found that snack foods provide 7.7% more carbs, on average, than the label states (47).

If you get hungry in between meals, it’s better to eat nuts or a few low carb vegetables with an ounce of cheese. Although fruit juice is often considered a healthy beverage, its effects on blood sugar are similar to those of sodas and other sugary drinks.

This goes for unsweetened 100% fruit juice, as well as types that contain added sugar. In some cases, fruit juice is even higher in sugar and carbs than soda.

A much better alternative is to enjoy water with a wedge of lemon, which provides less than 1 gram of carbs and is virtually calorie-free (52Trusted Source).

French fries are a food you may want to steer clear of, especially if you have diabetes.

Potatoes themselves are relatively high in carbs. One medium potato contains 34.8 grams of carbs, 2.4 of which come from fiber (53Trusted Source).

However, once they’ve been peeled and fried in vegetable oil, potatoes may do more than spike your blood sugar. 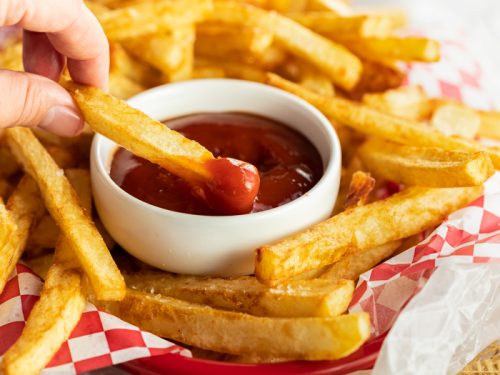 Deep-frying foods have been shown to produce high amounts of toxic compounds, such as advanced glycation end products (AGEs) and aldehydes. These compounds may promote inflammation and increase the risk of disease (54Trusted Source, 55Trusted Source).

If you don’t want to avoid potatoes altogether, eating a small serving of sweet potatoes is your best option.

Time and Meaning: How to Make Our Lives More Meaningful