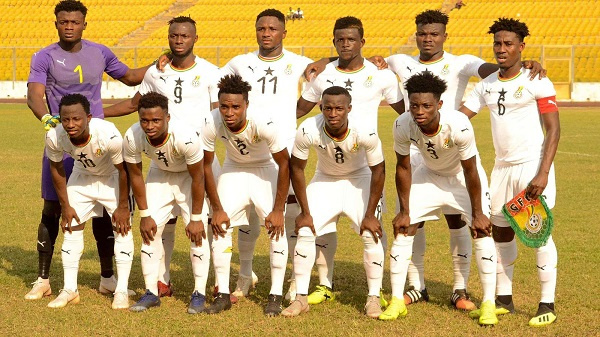 11 foreign based players will join the Black Meteors squad ahead of the AFCON U-23 tournaments in Egypt.

Head coach Ibrahim Tanko has been preparing with 22 local players which will be pruned down before the tournament.

Tanko will heavily rely on the foreign based players as he considers them to be more fit and active in his selection criteria for the game.

Ibrahim Tanko has handed maiden national team call up to Robin Polly, son of former Black Stars striker Prince Polly who plays for Dutch side ADO den Haag and 10 others to begin preparation to the Africa U23 championship in Egypt.

Among the list of players expected in Accra on Wednesday October 30 are former Inter Allies, and Black stars winger Evans Mensah who plies his trade in Finland.

Spanish quintet of Kwabena Owusu, Yaw Yeboah, Kingsley Fobi, Samuel Obeng, and Emmanuel Lomotey have been included in the list of players for the trip to Egypt.

Below are the 11 invited players.