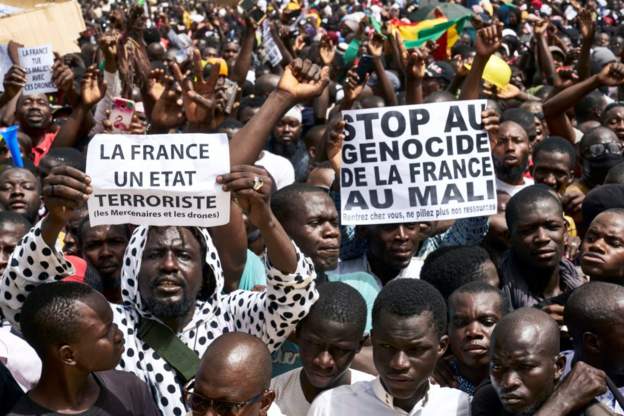 Mali’s authorities have banned a protest scheduled for Wednesday afternoon in the capital Bamako against the presence of the French anti-jihadist force in the country.

The protest is not allowed because of the restrictions to slow down the spread of Covid-19, Bamako governor’s chief of staff Daniel Dembélé said.

The ban comes after French President Emmanuel Macron announced that France was preparing to reduce its military efforts in the Sahel. Mr Macron said the arrival of special forces from other European countries would allow France to make changes.

This military presence regularly provokes expressions of animosity which have come out on social media and during several demonstrations in Bamako.

Several leaders of the planned demonstration are members of the National Transitional Council, the legislative body of the transitional period opened after the military coup of 18 August 2020 and supposed to bring back elected civilians to power after 18 months.

The transition remains dominated by the military, which affirms its commitment to military co-operation with France.