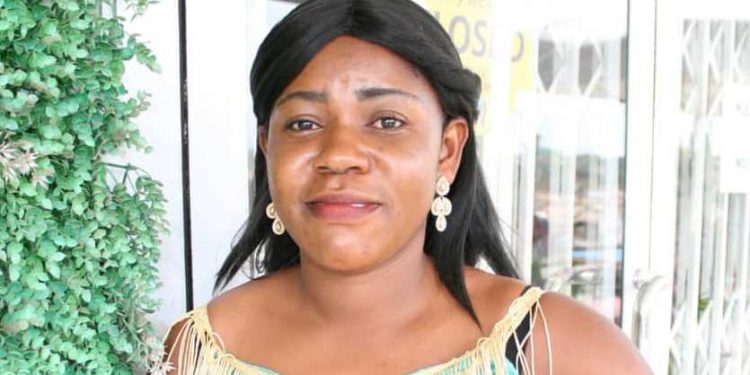 My family and I said very intense prayer for the supposedly kidnapped pregnant woman of Takoradi. Morning and evening we prayed that she would be rescued unscathed.

Well, the prayer got answered because after all we have here now.

What I am not too sure about is whether we found her intact.

Obviously, she was found in bad state, having the sympathy she attracted from the public while ‘kidnapped’.

Many are now rather disappointed in her.

I do not know what psychological trauma her dear husband and her own family members may have gone through.

My writing is to court public sympathy and forgiveness for her, instead of an outcry to crucify her.

I focused on human sexuality in Africa, when I pursued a PhD in theology.

I found in my research that sexuality issues do not normally bring us nourishment as God intended it to be, especially in Africa.

Particularly problematic were the fact that we tended to be too silent about matters related to sexuality.

In the second place, instead of making issues related to our femaleness and our maleness things that complement each other, we usually do the opposite.

We would normally allow our maleness and femaleness to divide us to the point of drawing a wedge between us.

This is so nasty in most African societies, where women are sometimes treated as second-rate citizens and in a few isolated cases, like a trash in a garbage bin.

The third challenge is the unfortunate case that our sexuality is often seen only in terms of procreation and nothing else.

As a result we do not often emphasise the legitimate nourishment supposed to be derived from our sexual expression.

This is to the extent that in some instances some women are denied the ecstasy their bodies are legitimately designed for, even within the context of marriage.

Sometimes, in the majority of cases, this happens because many a man simply do not know how to serve a satisfying sex to their wives.

In a few cases, some women’s libidinal capacities have been seared by societal insistence that they are only tools of reproduction and that they here only to give birth.

Those who remain childless for various reasons are made to go through hell in our communities.

We despise them and call them names.

When there is no child in the marriage, men are left off the hook.

Women are made to bear the brunt.

My wife and I had one child in our marriage.

When we were looking for more, she was the one who always went to see the gynecologist.

I was never invited by the doctor to come to be examined.

Now, looking back after these many years, I keep wondering, what if I had low sperm count and that I was the cause; not my wife?

But I have come to think this way only after my study and not before.

Far too often, wives suffer severely from the hands of their in-laws. Usually, their mothers and sisters in law – the very people who are supposed to understand them and lend them support tend to be ones who pester them.

Some in laws go to the extent of finding another wife for their sons or brothers and help collapse the marriage of the childless ‘sister’.

In many other instances, it is the husband of the childless woman who tortures her and makes her feel miserable and insecure.

Some men neglect their childless wives by denying them the attention and affection they legitimately need from their husband.

Some men may even go to the extent of humiliating her by calling her names or punishing her by bringing other women unto their matrimonial bed and beat her up if she dares talk about it.

Some childless women have had to lose everything they toiled with their husbands to acquire, just because of the condition.

It is from this unfortunate standpoint that I call on the entire nation to view the sad case of Josephine Panyin Mensah.

She is a victim of an African society that said that she could enjoy her marriage if and only if she became pregnant.

Since she couldn’t get pregnant the normal way, she decided to get one her way.

Unfortunately, her approach was so simplistic and fatal.

I cannot imagine what psychological trauma she finds herself in.

Josephine may have suffered enough and needs a sane society to help her back into normalcy.

We all need to forgive Panyin Mensah because if we had loved her unconditionally as a husband, in-laws, family relations, friends and neighbours, maybe she wouldn’t have thought of this absurd thing in the first place.

She said it somewhere that when she got pregnant, and before it was miscarried, her husband pampered and adored her.

Since she dreaded the possible unpleasant treatment from her husband and maybe, the community, she hatched the silly plan.

It was bad and

She made me waste the precious ears of God about something He knew was not a problem.

However, I am pleading on her behalf that we all forgive her, assure her that we are not angry with her and that we understand her.

I plead that the First Lady, being an African woman with clear understanding of what unpleasant cultural misfortunes women are often served in Africa, to forgive Josephine and accept her back as a decent woman on behalf of all Ghanaian women.

I also plead that the President issues a statement to forgive her to end every possible psychological torture she maybe going through now.

Finally, I ask that her husband and her neighbourhood should not ostracise her.

Her husband should not divorce her, if he is ever considering that in his subconscious state.

Josephine has hurt you badly but forgive her and assure her of your unconditional acceptance.

Forgiveness and acceptance would make Josephine better than any further punishment.

I say further punishment because, as far as I am concerned, she has punished herself enough already.

Let us forgive her.

And before anybody throws the next stone at her, let us understand that Africa doesn’t handle issues related to our sexuality in a way that brings nourishment to us.

Issues related our sexuality, in terms of who we are as femaleness and maleness, usually are not handled right.

Let’s work at fixing these.

The writer is the Sekyere Presbytery Chairperson of the Presbyterian Church of Ghana, Asante Mampong.