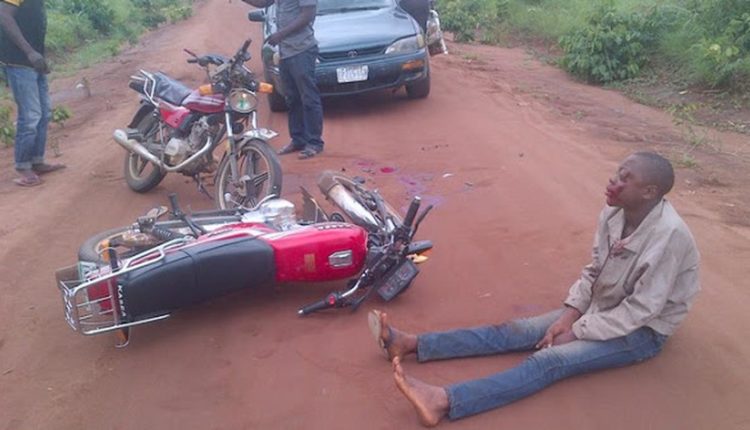 16 out of 20 accidents over the weekend were from okada, ban it now – Korle bu demands

The Korle Bu Teaching hospital has reignited calls for a complete ban on the operations of commercial motorbikes, popularly known as Okada.

The National Road Safety Authority (NRSA) has also bemoaned the increasing number of Okada accidents and their associated deaths in the country.

Data from the NRSA showed that a total of 656 fatalities were recorded between January and November this year alone, a situation it has described as worrying.

A Facebook post by the hospital reveals that out of 20 accidents which were sent to the accident and emergency centre of the facility, 16 are from Okada.

According to the largest referral hospital in Ghana, the injuries from these accidents are so severe that some victims are battling to save their legs.

The hospital has called on all persons to join the call for a complete ban on Okada bikes in the country.

“Our gospel to ban Okada should be sustained and unrelenting. Over the weekend out of 20 serious injuries that were brought to the A and E Centre, 16 of them were Okada related injuries, some of which we are battling to save the legs. Please let us all with one voice shout to bring down the Okada injuries” the post read.

It was, however, accompanied by some graphic pictures.

But the recent post by Korle bu teaching hospital has sparked varied reactions from some social media users.