Ghana jailed 165 people across the country with different imprisonment terms for violating various road traffic regulations from 2012 to 2019.

An analysis conducted by theghanareport.com, using data from the Motor Traffic and Transport Department (MTTD) of the Ghana Police Service, showed that on the average about 20 people are jailed each year for committing road traffic offences in Ghana.

The offences include over-speeding, overloading, drunk driving, worn-out tyres, driving and riding without licences, expired vehicle documents, riding of motorcycles without helmets and driving without seatbelts and child restraints.

Overall, there has been an increasing trend over the period under review, with 2019 and 2016 recording the highest number of jail terms of 44 each.

The number of cases awaiting trial has risen in the last three years.

The number of court fines and amounts paid by offenders has doubled since 2012, with 2019 raking in GHC 2.4milllion.

A total of GHC12.4million was realised for the eight years into the consolidated fund, from which government sponsors some developmental projects.

The cases sent to court and judgements, which resulted in convictions in 2019, were more, even though a higher number of cases were recorded in 2018.

Within the first two months of 2020, the court had jailed 11 people already, out of 813 convicted cases. The total number of cases registered was 1,093 and 947 were sent to court across 16 regions of the country.

Ashanti Region is leading with seven cases resulting in jail terms for just January and February. The region seems to have picked off from where they left off in 2019 when they had people from 25 offenders seeing the inner walls of Ghana’s prisons. 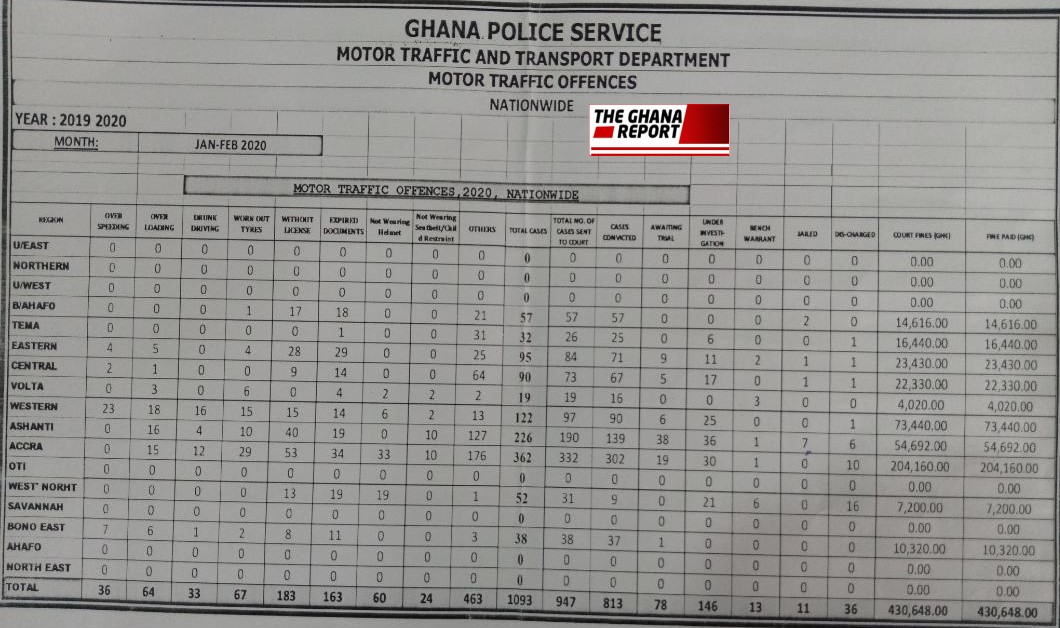 Head of Education, Research, and Training at the MTTD, Superintendent Alex Obeng, told theghanareport.com that the jump in convictions in the last year reveals the intense efforts of law enforcement agencies in tackling offences.

“More arrests will mean you might have added more teams to your efforts, among others,” he disclosed.

In 2018, the police waged a war on road indiscipline. They collaborated with the Driver and Vehicle Licensing Authority (DVLA) resulting in “more offenders being detected”.

He said the police assigned more investigators to road offences coupled with interventions by the judicial service and the courts. 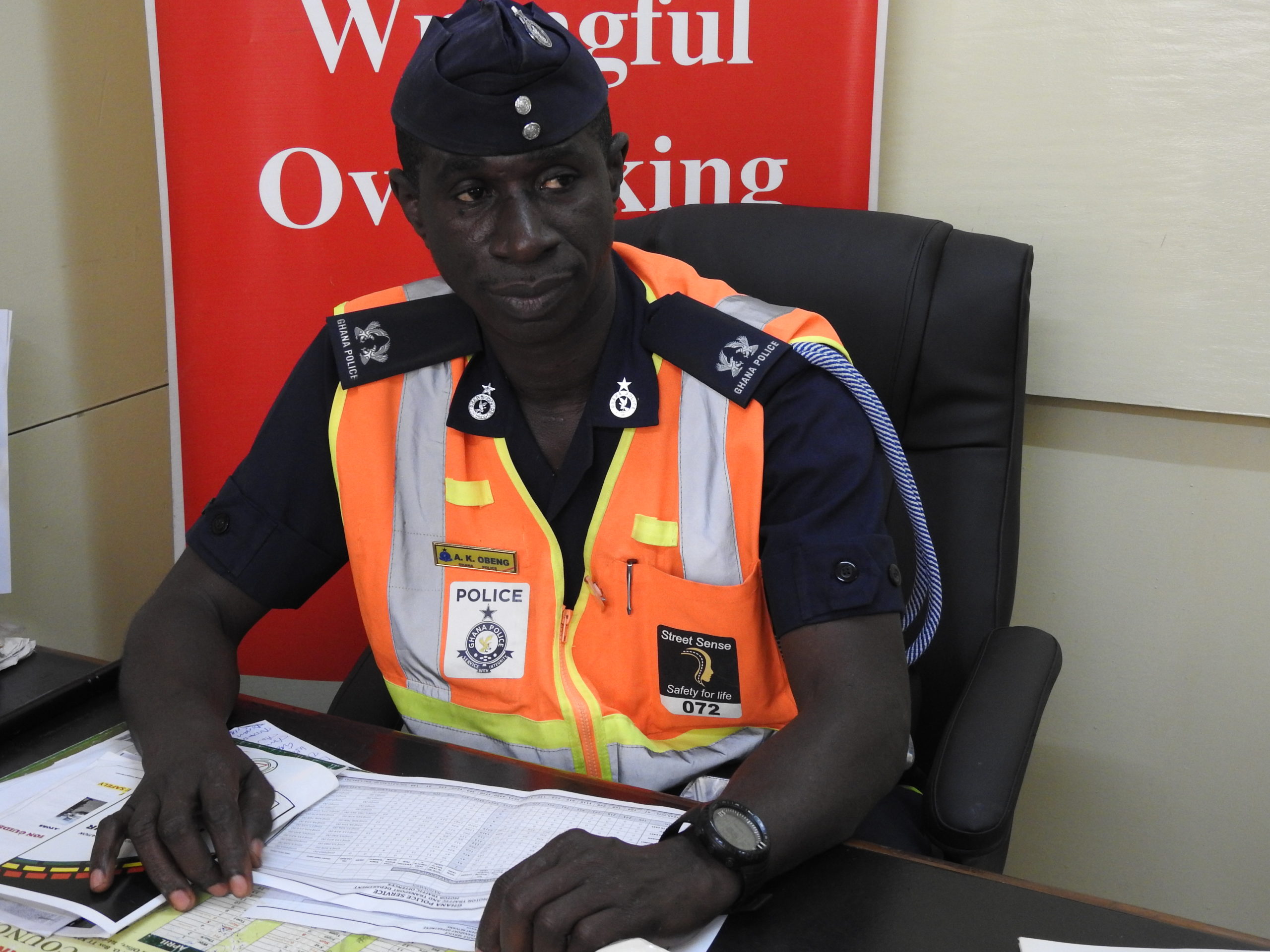 The 44 were mostly of multiple and recalcitrant offenders, Superintendent Obeng noted.

For him, the trend in 2020 shows the importance police have attached to road crime.

“Our interest is ensuring that people are safety conscious and using the roads responsibly,” he stressed.

He said road safety was the responsibility of everyone. Therefore, motorists, vehicle owners, pedestrians and vehicle occupants should ensure public health and safety for all persons.

He also admonished the government to ensure the deployment of safe systems and “we must not postpone it on the grounds of cost and transportation time”.