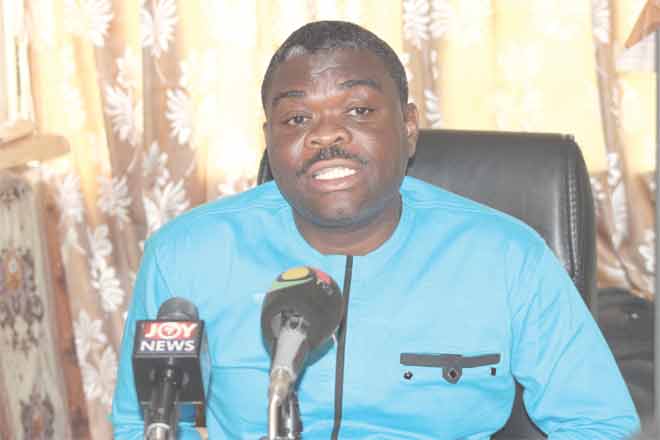 18 institutions in Ghana had their Passwords, usernames sold to criminals – FBI report

At least 18 institutions in Ghana had their usernames and passwords stolen and sold to criminals, a report by the Federal Bureau of Investigations (FBI) of the United States has revealed.

This was contained in an intelligence report by the FBI conducted on Dark Web’’ (Worldwide web content) between October 2014 and January 2019 and information shared with the Ghana Police Service to clamp down on hackers.

The Director of the Cybercrime Unit of the Criminal Investigation Department (CID) of the Ghana Police Service, Assistant Commissioner of Police (ACP), Dr. Gustav Herbert Yankson disclosed this in Accra on Wednesday.

He said that it was the first time Ghana was receiving such a report, adding that affected institutions were unaware their passwords (86 ‘credentials’) were stolen, till the police alerted them.

ACP Yankson stressed the need to alert the public of such threats to ensure the Cyber space and institutions were protected.

ACP Yankson said investigations revealed that the perpetrators of the crime had access to the affected institutions’ systems, stole their passwords, usernames and sold to criminals.

The director said the affected institutions had so far been informed of the issue and were advised to change their passwords to protect their systems.

ACP Yankson said as part of efforts to address the situation, the Ghana Police Service was collaborating with the FBI to locate perpetrators, arrest and prosecute to serve as deterrent to others.

He said the Unit had also embarked on vigorous sensitisation programmes to educate the public on how to improve Cyber security on their installation in the country.

“We have to be up and doing in our game when it comes to cybercrime security issues by putting in place measures to protect cyberspace,” he added.

ACP Yankson said the hacking of the institutions could leak vital information to criminals which could affect the economy.

He advised institutions and individuals to desist from using weak passwords that could easily be hacked into, but adopt special characters which could not be easily tampered with.

“Don’t use simple passwords, usernames, Internet protocol addresses such as “1234” “ABCD” but use words with special characters (symbols) such as # and figures to protect your institutions,” he added.

The director said companies and institutions should also consult experts to assist them in Cyber security issues and endeavour to report intrusion of their system to police immediately for the necessary action,” he added.