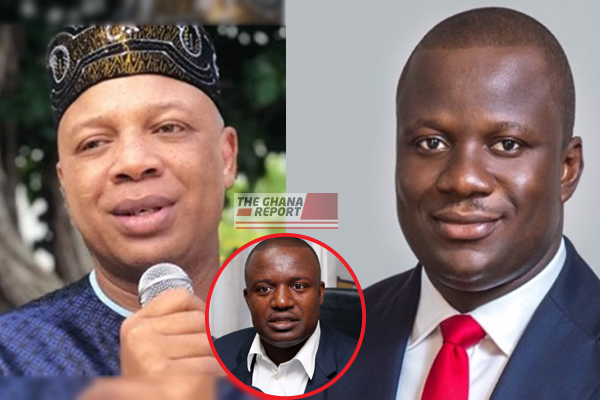 There is a Jinapor in Ghana’s parliament.

He was a deputy minister under the Mahama administration and won the Yapei-Kasawgu seat in the Savanna region for the NDC in 2016.

Now his brother, Samuel Abu Jinapor, a deputy Chief of Staff in the Akufo-Addo administration, also wants to join his brother. But on the ticket of the NPP.

How would he fare?

Theghanareport.com brings you its election analysis on the President’s deputy chief of staff’s chance against a two-term NDC MP.

Adam Mutawakilu – The wind in his favour

If politics is about development, then there is a road in Damongo that can do damage against Abu Jinapor.

That road had been a white elephant for years despite several mentions in the budget. The residents had begun staking their votes on seeing tar on the dusty stretch.

And so when President John Dramani Mahama built it, Adams Mutawakilu harvested the proceeds through votes.

All politics is local and so to be born in Damongo, Mr Mutawakilu is seen as an endearing indigene. But wait, it gets better. Mahama was also born there.

And so the two have a critical mass and a guaranteed loyal basis – the size of which remains unclear.

Suffice it to say; the NDC has held the seat since 2008 – easily making it a stronghold.

In fact, the seats in the entire Savanna Region is held by the NDC – except Salaga South. Mutawakilu is in remarkably good company.

The NDC has won the seat in the last three elections which tilts the verdict a little in favour of Mr Mutawakilu.

And during the lockdown, he helped some head porters from Damongo living in Kumasi.

Not to be outdone, Samuel Jinapor, on the other hand, donated 100 vials of anti-snake venom to the Damongo hospital. Before the gesture, he gave the Muslim community equipment for digging graves at their burial site.

He is also credited with the extension of electricity to some deprived communities and the construction of a footbridge leading to the Damongo cemetery.

The young politician is known to have sunk a borehole to supply potable water which residents had requested for years.

But things run deeper in Jinapor’s favour than a deep borehole.

In identity politics, it is real leverage for Samuel Abu Jinapor to have a father who is the current Paramount Chief of the Buipe traditional area of Central Gonja.

The influence of his family marshalled by the Buipewura in swinging votes from the people of Damongo in his favour is a clout politicians die for.

The Buipewura is currently the President of the Northern Regional House of Chiefs.

The position of Northern Regional House of Chiefs is a link to Akufo-Addo government as the Deputy Chief of Staff of the President is a link to Damongo as far as lobbying for projects is concerned.

And then there is the data of the previous elections.

The gap between the NDC and NPP parliamentary votes was narrowed for the first time since, at least, 2008.

Given the fact that no MP has won Damongo thrice, the narrowing of the margin ought to worry the incumbent and spur the challenger.

Jinapor comes to the constituency at a time when significantly, the NPP has heeded the peoples’ request for a new region, something the NDC had also promised to consider.

But the NPP was given the mandate, and it has created the Savanna Region.

With elections beckoning, the NPP would want to hear the people of Damongo say thank you in thumbs.

As was seen in the NPP primaries, the delegates tended to vote for youthful politicians with money and/or political connections.

In several areas like Old-Tafo, Ablekuma North, Kwesimintsim, young NPP politicians with ties to powerful elements within the government won.

Of course, that primary was also awash with several allegations of vote-buying.

Ghana’s politics has shown no ebb in this practice, and with voters been increasingly swayed with gifts, the giving machines within the NPP are sure to live up to expectations.

There is also the awkward question of the blood brother politics.

The two have shown more loyalty to their parties than their families. Although, in essence, it generally means their family is always in government – no matter what happens in Ghana’s duopoly politics. 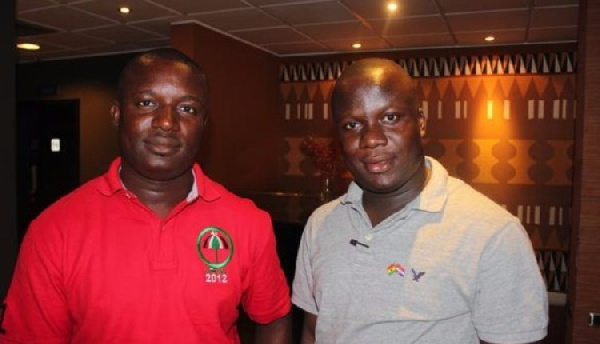 The Jinapors don’t show any love for themselves on the campaign trail.

“I will be in Damongo. There will be a big rally there. I will also mount the campaign platform and campaign for Mutawakilu,” NDC MP, John Jinapor, said in an interview on Asempa FM last February.

“I don’t choose my brothers. God gave me my brothers,” he said, suggesting his mind will decide his political allies, not his blood.

“Mutawakilu is a very good friend of mine,” he said.

In that interview, he also said he would do so because his brother stood on the platform in Damongo and told residents to vote against his brother.

John Jinapor said he would be returning that ‘favour’.

It appears the two brothers are intent on keeping each other out of parliament. If they fail, they will meet in parliament.

In their success and their failures, the Jinapor family appears to be the bigger winner.