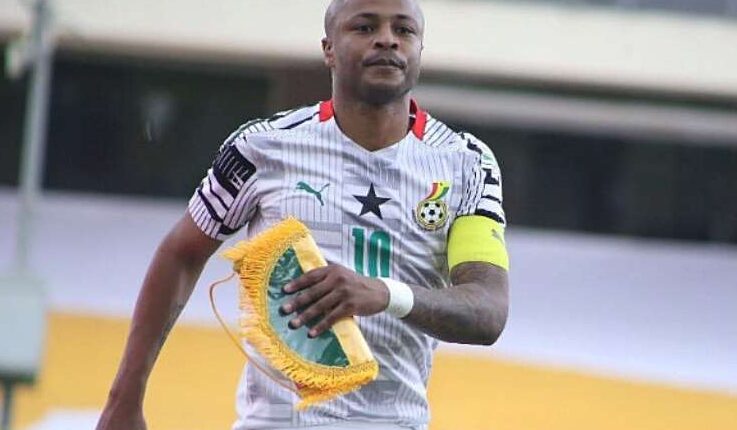 Ghana captain Andre Ayew is a doubt for Ghana’s second Group C game against Gabon on Friday after missing the team’s training on Wednesday.

Ayew suffered a head injury after crashing with a Morocco defender in the game’s closing stages on Tuesday that resulted in six stitches.

The 31-year-old was part of Tuesday’s recovery training at the Stade Ahmadou Ahidjo Annexe, but he was excluded from Wednesday’s session.

However, after yesterday’s training, the team doctor assured that Ayew would be available for the second group game despite the injury scare.

The Black Stars suffered a painful 1-0 defeat to the Atlas Lions in their opening game courtesy of an 83rd-minute goal by Sofiane Boufal at the Ahmadou Ahidjo stadium.

The Stars currently lie bottom of Group C and will need a win against Gabon on Friday, 14 January 2022, to restore hopes of advancing to the next stage of the tournament.