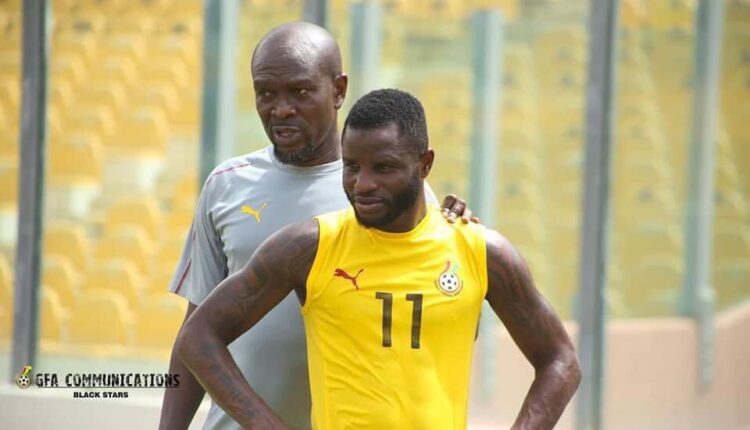 Mubarak Wakaso will lead the Black Stars in the 2021 Africa Cup of Nations qualifier against South Africa on Thursday, March 25.

Wakaso is one of the senior players in the current Black Stars set-up, having made his debut in 2012.

The former Deportivo Alaves midfielder has been handed the captain’s arm band in the absence of the captain, Andre Ayew, and his two deputies, Thomas Partey and Richard Ofori.

The trio has been ruled out of the much-anticipated game due to various reasons.

Dede Ayew and Partey are expected to return for the second game scheduled for Sunday 28 March 2021 against Sao Tome and Principe in Accra, after covid-19 restrictions forced their clubs to block them from travelling to South Africa.

It is not clear the return date for goalkeeper Richard Ofori who has been ruled out of Sunday’s clash due to an injury.

The Black Stars take on the Bafana Bafana boys South Africa at the FNB Stadium in Johannesburg in the fifth round of the qualifiers.

Ghana currently tops Group C with 9 points and will need at least one win out of the two games to book a ticket to the 2021 Africa Cup of Nations.