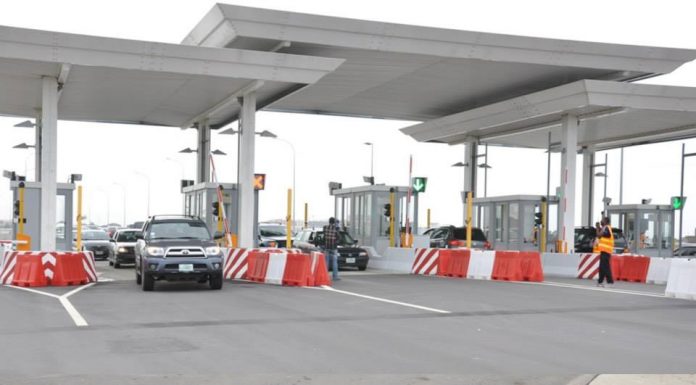 The government has scrapped all tolls on public roads in the country.

This was announced by the Finance Minister as he presented the 2022 Budget and Economic Policy to parliament on Wednesday, November 17.

“The government has abolished all tolls on public roads and bridges. This takes effect immediately after the Budget is approved.  The expected impact on productivity and reduced environmental pollution will more than offset the revenue forgone by removing the tolls,” Mr. Ofori-Atta announced.

According to him, “the imposed tolls on some public roads was to raise funds for road construction and maintenance”.

“This is the situation in many countries. Over the years, the tolling points have led to heavy traffic on our roads and lengthened travel time from one place to another, impacting negatively on time and productivity. The congestion generated at the tolling points, besides creating these inconveniences, also leads to pollution in and around those vicinities,” he explained.

The minister said to compensate for the toad tolls, the government is looking to introduce innovative ways of raising revenue such as a proposed 1.75% phone transactions levy payable by mobile money users per transaction above GHS 100.

He said this will help the government to shore up revenue inflows to fund road projects in the country.

According to him, the move is expected to positively impact productivity and reduce environmental pollution.

“Mr Speaker, our roads need fixing, our roads are being fixed. It is true that more roads have been fixed and are being fixed over the last five years than any relative period in the entire history of our nation. We even want to do a lot more”.

The new arrangement is expected to help the government to shore up revenue inflows to fund road projects in the country.

Elaborating on the new introductions, Mr Ofori-Atta noted, “Total value of mobile money transactions for 2020 was estimated to be over GHS 500 billion Cedis compared to GH¢78 billion Cedis in 2016 just 5 years ago, while total mobile money subscribers and active mobile money users have grown by an average rate of 18% and 16% respectively between 2016 and 2019. Mr Speaker, it is becoming clear there exists the enormous potential to increase tax revenues by bringing into the tax bracket, transactions that could be best defined as being undertaken in the “shadow economy”.

“After considerable deliberations, the government has decided to place a levy on all electronic transactions to widen the tax net and rope in the informal sector. This shall be known as the ‘Electronic Transaction Levy or E-Levy.’

“Mr Speaker, to safeguard efforts being made to enhance financial inclusion and protect the vulnerable, all transactions that add up to GH¢100 or less per day (which is approximately GH¢3000 per month) will be exempt from this levy. A portion of the proceeds from the E-Levy will be used to support entrepreneurship, youth employment, cyber security, digital and road infrastructure among others.

“Mr Speaker, this new policy comes into effect from 1st February 2022. The government will work with all industry partners to ensure that their systems and payment platforms are configured to implement the policy.”