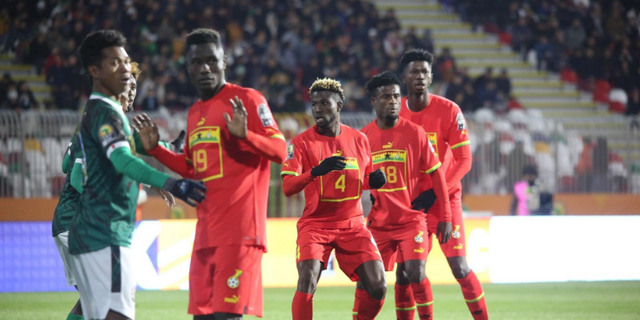 The Black Galaxies will play Niger in the quarter-finals of the delayed 2022 Championship of African Nations (CHAN).

The two West African nations will clash on Saturday, 28th January 2023, at the Miloud Hadefi Stadium in Oran, Algeria.

Ghana placed 2nd in Group C behind Madagascar with 6 points.

This was after Annor Walker’s team lost to Madagascar in their opening clash of the competition before bouncing back to defeat Sudan 3-1.

Meanwhile, Niger won Group E with 4 points, after a 1-0 win over Cameroon in their final group match on Tuesday, January 24, 2023.

The Nigeriens drew goalless with Congo in their opening group match.

The 2022 CHAN quarter-final will be the second meeting between Ghana and Niger at the  tournament.

Niger won the previous clash against the Black Galaxies 1-0 at the 2011 edition in Sudan.