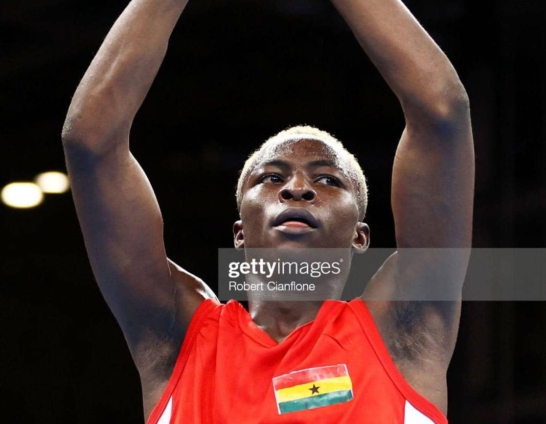 Ghana’s Joseph Commey who was slated to fight Jude Gallagher for a gold medal after qualifying to the finals of the men’s featherweight 54 – 57kg has been forced to forfeit the bout.

This comes after the talented boxer suddenly fell ill on the eve of the fight.

Sources indicate that Commey passed out and had to be rushed to the infirmary at the Games Village for attention.

His symptoms, which allegedly included feverishness and boils under the armpit required Doctors to put him on a drip as they attempt to stabilize his condition and get him back on the road to full recovery.

He is not expected to recover in time for the bout which would have taken place at 6:00pm Ghana time.

He thus will settle for a silver medal after what has been an impressive run at the Games.