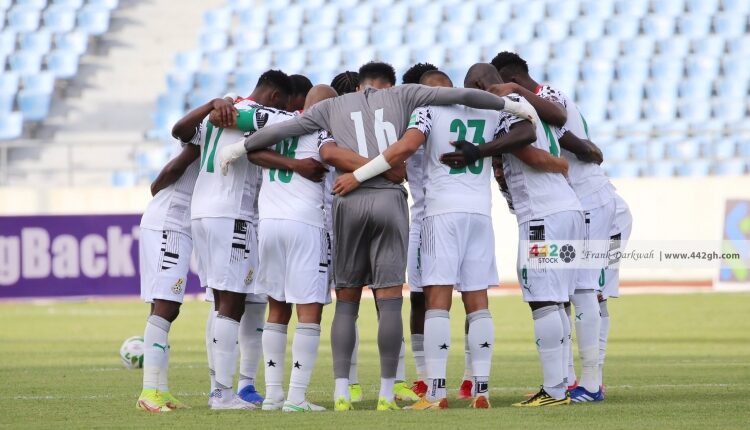 The Serbian coach made two changes in the set-up that took on the Warriors last Saturday, a match that Ghana won by 3 goals to 1 at the Cape Coast Stadium.

Captain of the side, Andre Ayew has been dropped to the bench due to a report of a groin injury and has been replaced by Yeni Malatyaspor forward Benjamin Tetteh while Steadfast FC youngster, Abdul Fatawu Issahaku makes way for Defensive minded Iddrisu Baba.

Both Baba Iddrisu and Benjamin Tetteh were introduced into the last game in the second half.

The decision to start Iddrisu means Arsenal superstar Thomas Partey who captains the team today, will start in an advanced attacking position.

Meanwhile, under-fire Jordan Ayew will keep his place in the starting lineup but will be contributing from the wings of the attack while playmaker Mohammed Kudus will play just behind striker Benjamin Tetteh.

The Black Stars are seeking a good result to aid their bid to make an appearance in the next World Cup in Qatar in 2022 after missing out on the 2018 edition.

The Black Stars are on 6 points; one behind South Africa who take on Ethiopia in Johannesburg later on Tuesday.

Below is the Black Stars starting lineup to face Zimbabwe: