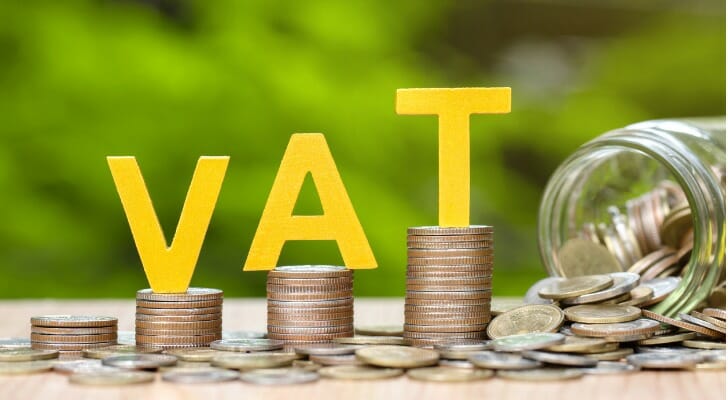 The government has increased Value Added Tax (VAT) by 2.5 per cent in addition to the Standard Rate of 12.5 per cent as it makes efforts to generate enough revenue to address the country’s needs.

Presenting the 2023 Budget Statement and Economic Policy in Parliament on Thursday, November 24, 2022, Finance Minister Ken Ofori-Atta stated that the government was committed to changing the negative narrative surrounding the economy to rebuild a better future.

Mr Ofori-Atta said, “to aggressively mobilize domestic revenue, we will, among others, increase the VAT rate by 2.5 per cent to directly support our roads and digitalization agenda”.

“This increase is expected to yield GHc2.70 billion, which will be used to augment funding for our road infrastructure development. This will be complemented by a major compliance programme to ensure that we derive the maximum yields from existing revenue handles,” he added.

The government had declared the previous year as the ‘Year of Roads’ and embarked on major road infrastructure, including the Obetsebi Lamptey, Tamale and Pokuase interchanges.

The government also sees the increment in VAT as a major source of revenue to boost digitization initiatives which has seen the automation of various government services and the roll-out of the Ghana Card, now the main document of identification which captures the biometric information of every citizen.

Prior to the presentation of the budget, the Member of Parliament (MP) for Asuogyaman Thomas Ampem Nyarko called on other MPs belonging to the Minority Caucus to reject the 2.5 per cent VAT increment proposal.

According to him, the 2023 budget statement comprises many tax increments that would be detrimental to Ghanaians.

Mr Ampem Nyarko criticised the government for not caring for Ghanaians but instead increasing VAT.

Addressing the media in Parliament yesterday, he said, “the budget that is to be read tomorrow promises to be a budget full of taxes. In fact, we are hearings that this government intends to increase VAT by 2.5 per cent. They intend to increase income taxes, and they intend to remove a lot of exemptions on MoMo, so even merchants are going to be subjected to MoMo taxes.”

He noted that the Minority was not ready to accept any 2.5 per cent VAT increment in the 2023 budget and suggested to the government to cut government expenditure which is the major cause of the deficit in the country.

He continued: “With issues of economic hardship and inflation so high, the Minority Caucus did not expect any tax increment at this moment”.

He lamented how the incumbent government has been insensitive to the plight of Ghanaians in a difficult period.