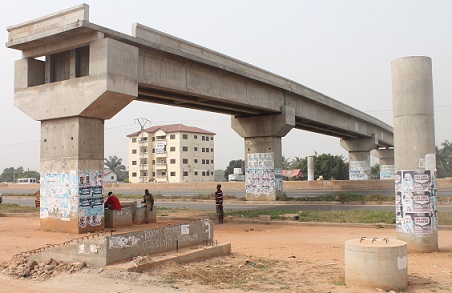 24 killed, 164 injured on Adenta Highway as at October – Police

The Police has said per their records 24 individuals have so far died on the Adenta-Madina Highway between January and October this year while over 100 have been injured through accidents.

“We have recorded about 24 deaths and 164 injuries between January and 31st October on that stretch,” DSP Alex Obeng, head of research of the MTTD told Francis Abban on the Morning Starr Friday.

The number excludes the young girl who died on Thursday and those reported to have died last week.

The disclosure comes in the wake of the national anger following the failure of authorities to respond to calls by Adenta residents to address the incessant car knockdowns in the area.

The frustrated residents on Thursday staged a protest burning tyres and blocking the highway. They have blamed the development on the failure of the state to ensure that there are footbridges for pedestrians on the highway.

Meanwhile,  the Ministry of Roads and Highways has announced that work on the six (6) uncompleted pedestrian bridges in Adenta will commence within a week.

Temporarily, the Ministry in collaboration with the Interior Ministry has requested the Ghana Police Service to deploy officers of the Motor Traffic Unit to prevent further deaths.

A statement from the Inter-Ministerial Committee on road safety issued on Thursday night said government regretted the deaths of residents who had been killed by speeding vehicles.

The statement further said work had already been ongoing in recent weeks to address the situation and that procurement processes were now near completion.