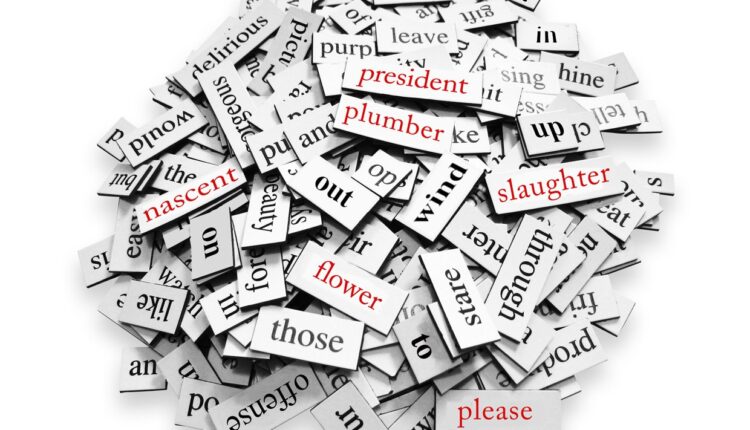 Psychologically oriented people especially benefit from a vocabulary that enables them to convey accurately what they want to say or write. Besides, a good vocabulary is impressive.

It’s perhaps not surprising that my most popular recent post consisted of definitions of difficult but useful words that have appeared in Psychology Today. Here is another set of such words. This one is drawn from the most recent two months of the Essential Reads.

As in the previous post, I provide each word’s most relevant definition taken from the Merriam-Webster online dictionary, usually verbatim but sometimes edited for concision or clarity. I also use each word in a sentence.

New to this set, of words if the word’s use in Psychology Today makes its meaning clear, I use that sentence or fragment. If so, it’s presented in quotation marks. If not, I’ve created a sentence that uses the word in a context related to psychology or personal growth.

Here is the list of words estimated in the order of importance and how underutilized it is:

Mutuality: reciprocal caring and behavior.1 They agreed that mutuality was key to the partnership working.

Ephemeral: lasting a very short time. Fortunately, the negative side effects were ephemeral.

Malleable: capable of being easily changed. Our personalities are not entirely malleable,

Reductionism: reducing the complex to the simple (often oversimplified.) “Most psychotherapists who have experience working with dreams reject this kind of neutral reductionism.”

Meta-analysis: testing of pooled data from similar studies to determine a finding’s significance. A meta-analysis of 20 studies confirms what I thought would be true.

Interplay: interaction. “A great deal of our moment-to-moment experience results from the interplay of these two parts of the brain.”

Propensity: an often intense natural inclination or preference, She has a propensity for leading teams.

Persona: a person’s social façade. Though insecure, some people don a confident persona.

Antagonist: opponent, adversary. “Events over the past decade seem to have pushed many people I care about to see each other as ‘others’ and antagonists.”

Modular: parts of a whole that can be used.2 “The brain is . . . not one single, unitary entity but an amalgamation of different modules or parts.”

Algorithm: steps followed to complete a computer process. “An algorithm can make accurate predictions only if you train it using the right type of data.”

Inveigle: to win over by wiles. “Through secretive manipulation, the Internet’s algorithms inveigle its users into precisely personalized experiences.”

Incursion: entering into an activity. “… these speakers showed verbal resistance to the incursion of outsiders.”

Ostracize: to exclude someone from a group. ” …people are more likely to ostracize individuals who enjoy solitude.”

Neocortex: the area of the brain associated with thinking.4 “The main part of your brain is your neocortex. This is where, supposedly, your conscious awareness resides.”

Paramour: an illicit or secret lover. Given their troubled marriage, I wasn’t surprised to learn that both of them had a paramour.

Moratorium: a time when an activity is not allowed. “Our country is in many ways desperate for a period of moratorium.”

Existential: related to an entity’s existence. His worrying for the world as well as for himself constituted an existential threat: He’s actually considering suicide.

Dialectic: discussion and reasoning by dialogue “Use dialectics to understand that each viewpoint has a kernel of truth, even when we don’t agree with it.”

Psychotropic: acting on the mind “…alcohol use is more closely associated with aggressive behavior than is any other type of psychotropic substance.”

Verisimilitude: being very similar to the truth. The actor’s verisimilitude to Freud was uncanny: Beyond his clothes, pipe, and accent, his demeanor matched Freud’s, down to the way he breathed.

Archetype: the original model of which all things are representations. “Horror films may draw upon what Carl Jung called an archetype, which are universal and cross-cultural themes that help form one’s personality.”

Perinate: an animal one month before to one month after it’s born “…Of course, researchers haven’t been doing invasive neurophysiology experiments on human perinates.”

Sequester: to set apart. “The pandemic has … placed people in prolonged forced sequester with their intimate partners.”

To incorporate any of these words into your vocabulary—whether in speaking, or more likely, in writing—write each word of the front on an index card and its definition and perhaps the sentence on the back. Studying that for a few minutes should at least slightly help ensure that you might express what you intend.

8 signs your guy really wants to marry you

10 Songs To Add To Your Holiday Playlist

Smile: Why It’s Important in Personal Life and Workplace

5 Reasons Your Intense First Love Was Actually A Mind Game