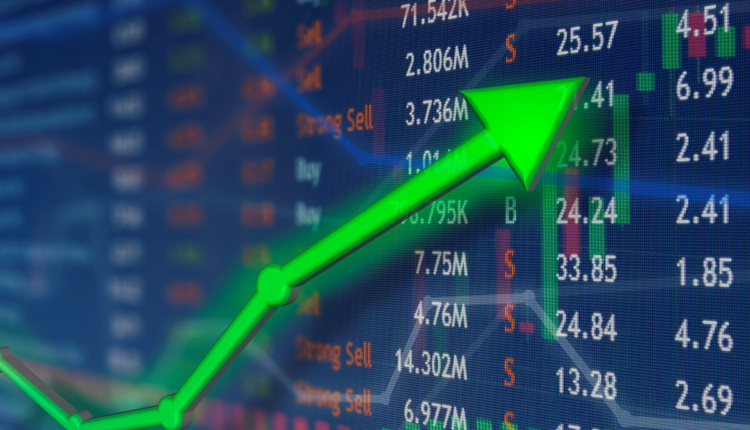 3 Crypto Stocks Gearing up for Gains

The stock markets are at or near record highs right now, buoyed by a strong investors sentiment, especially among retail investors. Stocks represent a strong return while interest rates and bond yields remain low. But for return-minded investors, stocks are not the only game in town.

The notoriously volatile Bitcoin has surged 109% this year, peaking above $65,000 earlier this month. Yet, some crypto watchers believe the digital coin will climb even higher.

The cryptocurrency sector is worth approximately $2.6 trillion, globally, and it’s finding fuel from venture capitalists, who poured $5.5 billion into it in the first half of last year only to come back and pump in another $17 billion in the first six months of 2021.

That sort of money has to go somewhere, and a large part of it is going to fund the mining operations. The blockchain tech behind crypto doesn’t come cheap – the server farms and mining sites require stacks of high-end computing power, and the cooling infrastructure to keep it in running. This makes Bitcoin miners huge consumers of electricity wherever they operate.

They put that power to use running the crypto mining calculations, adding more links to the blockchain and pulling another bitcoin out of the digital ether. And in doing that, the bitcoin mining companies are opening up new avenues for market investors.

Against this backdrop, we’ve dipped into the TipRanks database to pull the details on three crypto miners, to find out what’s making them tick. The platform revealed that these are Strong Buy tickers, and, more importantly, all three offer considerable upside potential. Let’s take a closer look.

We’ll start with Argo Blockchain. This crypto miner is based in London and operates 45 megawatts of top-tier bitcoin mining servers in North America, with facilities in Quebec and Texas. The company’s total hashrate of 1075PH puts it in the top 0.7% of bitcoin miners globally, giving Argo a leg up in solving new blockchain calculations and reaping the rewards.

Argo has been expanding, both physically and in the markets. Back in May, the company completed the acquisition of its Quebec datacenters – and boasts that their combined 20 megawatts of power is provided mainly by clean hydroelectric generation, part of the company’s commitment to building a greener bitcoin industry. More recently, the company broke ground on a 125,000 square foot facility in Dickens County Texas, a facility that, by 2Q22, will be populated by 20,000 Bitmain Antminer S19J Pro machines. Argo announced the purchase of the machines this past September. The Texas facility is predicted to reach up to 200 megawatts capacity.

On the financial market side, Argo entered the US stock markets on September 23, with a sale of 7.5 million American Depositary Shares. The ARBK ticker entered the NASDAQ index, and the initial sale of shares on the US market, priced at $15 each, raised $112.5 million in gross proceeds.

Jonathan Petersen, 5-star analyst from Jefferies, sees Argo in a strong position generally in the bitcoin mining world, writing: “We expect ARBK to increase its market share of the global BTC mining market to 1.8% by YE22, from 0.7% today, which should drive a 3x increase in their revenue run-rate.”

Drilling down, Petersen takes note of Argo’s ‘green’ commitment, and points out that it helps to differentiate the company in investors’ eyes.

“While most BTC miners are making efforts to increase renewable energy sources and be carbon-neutral, Argo has made it a central pillar of their business strategy. Earlier this year, Argo announced that they are the first BTC miner to be ‘climate positive.’ The build in Texas, while clearly chosen for its cheap power (~2c kWh), was also picked because of the abundant wind power in the area, which produces more power than the grid uses. We believe that sourcing 100% of power from renewable sources is essential to gain broad acceptance from investors,” Petersen explained.

Petersen’s upbeat outlook leads him to put a Buy rating on the stock, and his price target, of $30, implies an upside of 78% for the year ahead. (To watch Petersen’s track record, click here)

Argo is feeling some love from Wall Street since it entered the US markets; the company has received 4 analyst reviews, and all are positive – for a unanimous Strong Buy consensus rating. The stock is priced at $16.85 and its $24.25 average price target suggests it has a one-year upside potential of 44% from that level. (See ARBK stock analysis on TipRanks)

Next up is Hut 8 Mining, a Toronto-based company that was one of North America’s pioneers in large-scale crypto mining. Hut 8’s operations focus on both Bitcoin and Ethereum mining, and the company boasts that it offers investors a hassle-free mode of playing the crypto market. Rather than buy the coins directly, with the hassles of setting up digital wallets, wiring money across borders, and storing the bitcoins, investors can buy shares in a major crypto miner.

Hut 8 is a truly large mining op. The company has 209 megawatts of contracted power capacity behind its mining facilities, and high rates of crypto hash generation. For BTC, Hut 8 claims a hashrate of 2.5E/H PH/s, and for Ethereum a rate of 1,600 GH/s. Hut 8 uses a combination of high-end ASIC and GPU mining equipment to keep up with the competition. The company’s two operating mining facilities are located in Alberta, the heart of Canada’s energy production industry, where Hut 8 can take advantage of abundant, nearby, natural gas resources. Industry leading power purchase agreements take advantage of cold winter temperatures and high winds, to generate cleaner energy.

Hut 8’s Drumheller facility currently operates at 42 megawatts, while the Medicine Hat location has a capacity of 67 megawatts. The company’s Alberta location, in close proximity to major energy producers, gives Hut 8 an easy runway for expansion at affordable cost.

On October 23 of this year, Hut 8 announced that its third facility, to be located in North Bay, Ontario, is expected to come online by year’s end 2021, with a capacity of 35 megawatts. Just as the Alberta locations offer proximity to energy resources, the North Bay site allows convenient power generation from by-product steam, hydrogen, and natural gas, along with secondary power generation from a geothermal system.

Among the bulls is D.A. Davidson analyst Christopher Brendler, who notes the overall positive environment for investors interested in crypto mining: “We’re bullish on Bitcoin and the miners represent a super-attractive way to play this transformational technology as the BTC rally and China shutdown are driving huge near-term margins.”

Brendler goes on to compare Hut 8 favorably to its peers, saying of the situation and the company: “Valuations remain surprisingly reasonable after the recent outperformance. Interestingly, while all the stocks have done extremely well off the bottom (when many were near death), the group has underperformed Bitcoin recently. As a results, versus our somewhat conservative estimates (immediate 14% drop in BTC, YE22 network hash rate over 300 EH/s and 500+ EH/s in 2023), the group trades 4x-7x our 2022E adjusted EBITDA estimates. With HUT at the low end despite compelling catalysts ahead (new low-cost facility online 4Q21) and one of the most experienced mgmt teams in the sector, we believe Hut has the best risk/reward against a super compelling peer group.”

These comments back up Brendler’s Buy rating, and his $20 price target is indicative of ~50% upside over the next 12 months. (To watch Brendler’s track record, click here)

Like Argo above, Hut 8 has 4 recent analyst reviews, all bullish, backing its Strong Buy consensus rating. The stock is selling for $13.40 and has an average price target of $13.89. (See HUT stock analysis on TipRanks)

Last on our list is Riot Blockchain, the largest bitcoin miner in the US. The company takes a ‘made in the USA’ approach, expanding large-scale operations in the US, with a focus on goosing the hash rate and infrastructure capacity. Riot has a hash rate of 2.2 exahash per second, an efficiency rating of 30.1 W/TH, and currently consumes 73 megawatts of power in its mining operations.

To augment its mining capabilities, Riot in May of this year acquired Whinstone, US. The target company is the owner-operator of the largest bitcoin mining op in North America, based out of Rockdale, Texas. The site has 190,000 square feet in three buildings on a 100-acre site, with contracts in place for both a long-term lease and electric power supply. The Whinstone site can tap into Texas’ cheap electricity, at just 2.5 cents per kWh, and has developed 300 megawatts of its 750 megawatt capacity. Riot’s acquisition of Whinstone cost the company 11.8 million common shares of RIOT and $80 million in cash.

More recently, this past October, Riot announced that it is expanding its Whinstone property through development of an immersion-cooled, 200 megawatt bitcoin mining facility. The immersion technology is expected to offer improved operational efficiencies. The new facility will host 46,000 S19 Antminers, which have already been purchased.

Again, we’ll check in with D.A. Davidson’s Chris Brendler, who is impressed by Riot’s expansion. Brendler writes: “Although the $600M Whinstone acquisition only closed four months ago, Riot has been working nonstop on the taking advantage of the additional power capacity with four new buildings expected to come online over the next 6 months with one before year end. Even though the Whinstone site has capacity for another 750 MW expansion, we wouldn’t be surprised if Riot is already thinking about its next location as mgmt is laser-focused on capitalizing on the opportunity as soon as possible.”

In line with his comments, Brendler placed a Buy rating on RIOT shares. His $42 price target implies the stock will appreciate 54% in the year ahead. (To watch Brendler’s track record, click here)

All in all, Riot stock has 5 positive analyst reviews backing its Strong Buy analyst consensus. With shares selling for $27.22 and the average price target at $46.60, the stock has a 71% one-year upside potential. (See RIOT stock analysis on TipRanks)