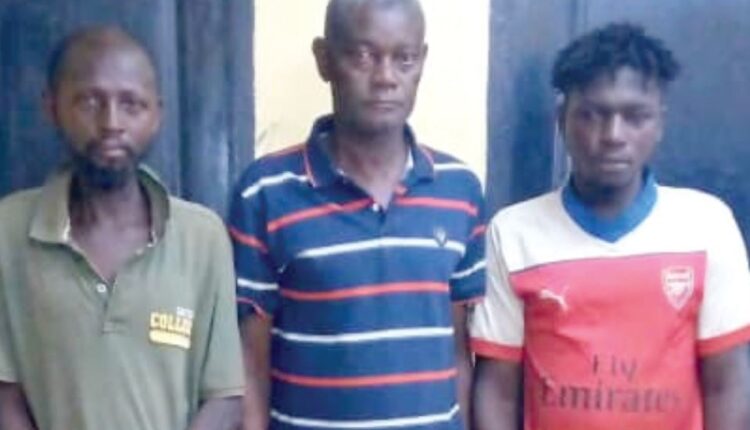 The police in Ashanti Region have arrested three suspects for unlawful possession of human parts.

The suspects were arrested by the Abuakwa Divisional Police Command on June 10, 2021, when they offered to sell the human skeletons for GH¢30, 000.

Konye and Adota were arrested at Wadoma Hotel where they were going to deliver the skeletons to the supposed buyers who were plain-clothed policemen.

Konye later led the police to Adamsu to arrest the brain behind the scheme, Agyapong.

Briefing the Daily Graphic, the Ashanti Regional Public Relations Officer, Assistant Superintendent of Police (ASP) Mr Godwin Ahianyo said on June 9, this year, the Abuakwa Command picked up intelligence that Agyapong, a resident of Adamsu in the Bono Region, was in possession of human parts and was looking for a buyer in Kumasi.

He said the police feigned interest in buying a full human skeleton and arrived at the price of GH¢30, 000 which was supposed to be delivered the following day at Wadoma Hotel and Abuakwa Manhyia.

However, he said on the day of the delivery, Agyapong did not come himself and sent the other two accomplices: Konye and Anane to do the delivery.

He said the two were arrested when they brought the human parts for delivery at the hotel and they led the police to arrest Agyapong later.

The suspects are currently in police custody and assisting in further investigations.