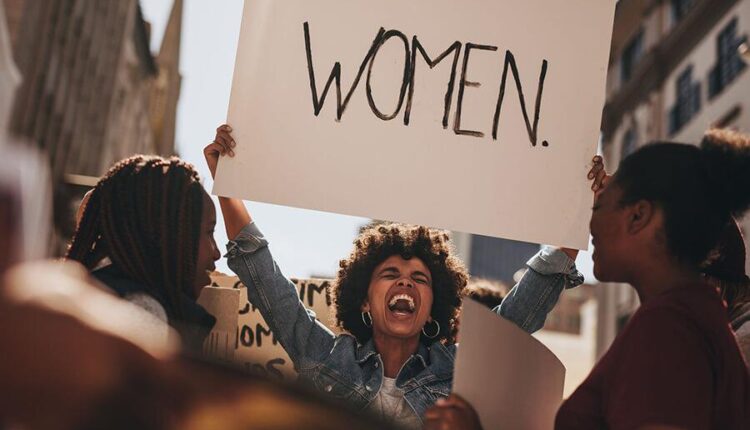 4 Empowering Things About Being A Woman

Being a woman in a man’s world has been notoriously difficult for centuries. We have fought for rights that men were granted from the beginning of time.

This is a battle we continue to fight every day around the world, and there is much progress left to be made. After 2016, many women are disappointed, scared, and left feeling like so much of the progress they fought for is being undone around them.

Today, I am also extremely fortunate to be able to vote, have an education, have rights to my own earnings and so much more thanks to the women who came before me.

It’s 2023, and our war is not over, but it’s important to remember and appreciate just how many battles we have won. I am proud to be a woman every single day, here is why.

Not only is this woman an immensely talented actress, but she started off the year with one hell of a speech. She gives life to women’s movements all around the world and reminds us that our voices matter.

She also paid tribute to Carrie Fisher, a woman whose art touched the lives of many, and who showed a male-dominated genre that she deserved to be there.

She spoke of the importance of protecting journalists and the voices that work every day for one cause: the truth. Meryl Streep reminds us that it is not just the act of speaking out that matters, but the act of listening to those who do. Every single voice is worthy of respect.

Controversy is normal, it’s one of the very best parts of living in countries where we have the freedom of speech and our own opinions.

However, no matter where you stand when it comes to the Women’s March, there is one thing you can’t deny. That is, how can you not be proud to be part of a gender who puts aside all of their differences to stand together for a cause they are passionate about? To understand the balance between passion and peace, a balance that throughout history has not often existed.

Women didn’t gain the right to vote or have access to reproductive health care through small actions, but large ones. It’s naive to think that the present is any different, we still require large actions to make a change.

One day many years from now, women will look back at that March and be proud of us, just as we look on the women before us.

3. Our Stand Against Mental Health Stigma.

Bell Let’s Talk Day always brings about a great show of support for the ending of mental health stigma. However, this year I noticed something that really struck me.

Not only were the majority of the posts I saw from women, but many women also portrayed a very important message for men.

Just as women are so often put into a box, so are men. They are told that their emotions don’t matter, and that being vulnerable makes them weak.

This year many women wrote about depression among men and how it is important that we erase the boundaries placed on them as well. It’s so crucial that the men in our lives know that they can confide in us, and in one another and not feel ashamed.

Strength is not found in silence, it is found when you have the courage to voice your struggles. This way, we can all help each other rise above them.

4. My Own Damn Signature.

I’m currently in a Women’s Writings class and after picking up the books I’m required to read, I noticed one shocking thing: the author’s names are either male-sounding or ambiguous.

It deeply pains me knowing so many women throughout history had to simply initial their work, or write under a male pseudonym.

Today no matter what I write, where I write, or who the audience is I get to sign my name next to my work and that makes me extremely proud. I get to take credit for my voice and know that it doesn’t undermine the meaning of the words I write and I am immensely grateful for that every single day.

It’s 2023. Women kick ass. We run for president. We are the CEO’s of some of the largest companies in the world. We are mothers. We are daughters and sisters. We are the mothers and the CEOs all at once. We are important. We stand up for what is important. We will continue to fight every day. We remember those who fought for us to have the lives we have today. We are not inferior. We are empowered.

5 Birth Control Methods That Won’t Mess With Your Hormones

Why Dating Apps Are The Death Of Real Connections

Why You Need To Consume Less To Live A Better Life

How To Paint Your Nails For A Perfect Manicure Every Time