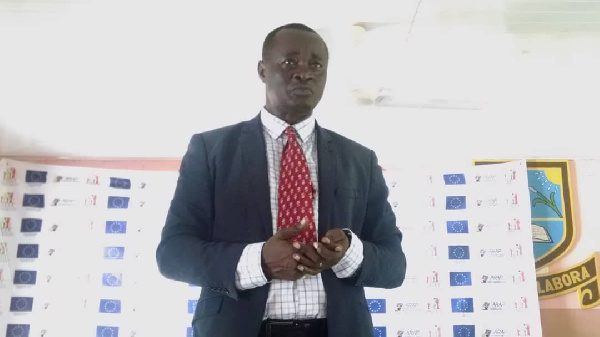 The Commission on Human Rights and Administrative Justice (CHRAJ) says it is investigating some 428 public office holders for failing to declare their assets.

Mr Stephen Azantilow, Director, Anti-Corruption at CHRAJ, revealed this at a public forum on “Declaration of Assets by Public Office Holders and the Fight Against Corruption in Ghana,” in Accra on Tuesday.

Mr Azantilow, however did not give further details on the cases as that could prejudice the outcome of the investigations

He however, revealed in a telephone interview with the Ghana News Agency, that the investigations extended to officials who failed to declare their assets in 2020.

He added that 284 of them were also cases that were brought to the attention of the Commission in August this year.

The forum, organised by the Media Foundation for West Africa (MFWA), brought together several anti-corruption campaigners and associations as well as some political parties.

Article 286 (1) of the 1992 Constitution states that “a person who holds a public office mentioned in clause (5) of this Article shall submit to the Auditor-General a written declaration of all property or assets owned by, or liabilities owed by, him whether directly or indirectly (a) within three months after the coming into force of this Constitution or before taking office, as the case may be, (b) at the end of every four years; and (b) at the end of his term of office.”

The law requires that the President, Vice-President, the Speaker of Parliament, Deputy Speakers of Parliament, members of Parliament, ministers and deputy ministers of state, ambassadors, the Chief Justice, Judges of Superior Court, Judges of Inferior court and managers of public institutions in which the state has interest submit to the Auditor-General written declarations of all property or assets owned by, or liabilities owed by them, whether directly or indirectly.

The Constitution also requires the declaration to be done before the public officer takes office.

Reacting to criticisms that the Commission had failed to hold public officials who did not comply with the Act, Mr Azantilow said the absence of explicit punishment in the law had rendered it helpless.

“We sometimes also feel helpless because when you have the law that does not critically tell you that look, if somebody doesn’t declare before he assumes office, or he leaves office or every four years, you should give or mete out sanctions A, B, C and D, it becomes problematic.

“And that is why when the new bill, that is the Code of Conduct Officers Bill came before us we made a lot of input and even the current bill as it is, pending before Cabinet, our proposals for the type of sanctions that should be meted out to public officers depending on the stage in which the person failed to declare their asset has been captured.

“We are hoping that the law will come into force so that we know exactly what to do,” he said.

He also added that as a Commission, it’s decisions were not always final.

“You people are aware that some of our decisions have been challenged in court. So, if you make decision that does not stand the test of time, it will be challenged in court and we have faced those embarrassments so we are also careful the way we do our things,” Mr Azantilow said.