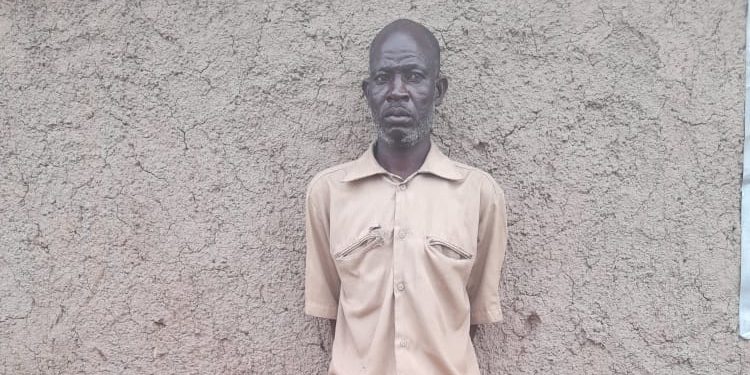 Police have arrested one Njuagma Boto for allegedly killing a farmer at Nabaal, a village in the North East Region.

A statement signed by the North East Public Relations Officer ASP Robert Anabiik Angmain said the police received a report from the Assembly Member for the Gbankpurugu Electoral Area, Francis Ntoriseb, who reported that Njuagma Boto had accused the deceased farmer of attempting to poison him.

He thus entered the farmer’s room at night and stabbed him to death with a spear.

Superintendent Emmanuel Yao Gadikor then led a team of officers to the scene and found the deceased farmer lying supine in a pool of blood.

Inspection at the scene revealed a fresh wound on the deceased’s chest.

A spear stained with blood and believed to have been used in stabbing the deceased was also found lying beside the deceased and was retrieved for investigation.

The deceased’s body has since been conveyed to the Bindi Hospital mortuary, where a postmortem was performed on his body by the medical officer, Dr Emmanuel Yormesah.

The medical team gave the cause of death as “haemorrhagic shock and hemopneumothorax”.

The body of the deceased farmer was subsequently released to the family for burial.

The police, assisted by the community members, arrested the suspect.

He has since been taken to the Bunkpurugu District command for further investigation.

He will be arraigned after investigation, the police added.

The Regional Police Command expressed gratitude to the youth and the people of the Gbankpurugu Electoral Area for their support in arresting the suspect.