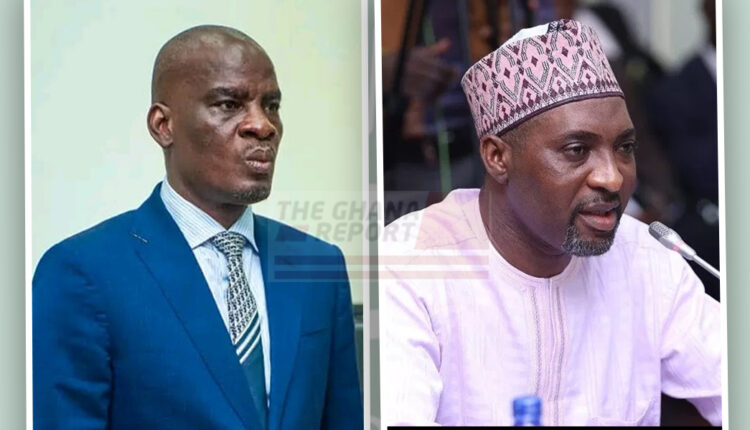 Some 48 Members of Parliament(MPs) of the National Democratic Congress(NDC) have signed a petition to the National Executive Committee(NEC) to reverse the decision to change its leadership in Parliament.

The MPs have also called an emergency meeting in Parliament in which the National Chairman Asiedu Nketia and the General Secretary Fifi Kwetey will be in attendance.

According to reports, the legislators believe that the decision is unpopular and, for that matter, should be revoked.

The party announced a reshuffle of their leaders in Parliament on Tuesday, January 24, 2023, as former Deputy Finance Minister Dr Cassiel Ato Forson took the leadership mantle.

Dr Forson replaced Tamale South MP Haruna Iddrisu, who was the leader of the side since the beginning of the current Parliament.

He took over from Ketu North MP James Klutse Avedzi, who will focus on his work as Chairman of the Public Accounts Committee (PAC).

Meanwhile, this decision has been described by some Members of the Minority Caucus as a surprise since they were not consulted.

Some of the MPs, including Ibrahim Murtala Mohammed, MP for Tamale Central, said there was no consultation with the Caucus before the release.

“Every single Member of Parliament is surprised,” he said.

“And I can tell you that even those who have been proposed to take leadership, some of them are surprised that such a proposal is made without even consulting them.”

However, Johnson Asiedu Nketia, the National Chairman, has justified the decision.

He maintained that the change has nothing to do with the individual performances of the MPs but rather the change in the political arena.

“We started reorganisation of our structures in order to win power come 2024. We started at the branch level, to the constituencies, regional, national, and so the next in line was to take a look at the leadership in Parliament, and that is what we have done.