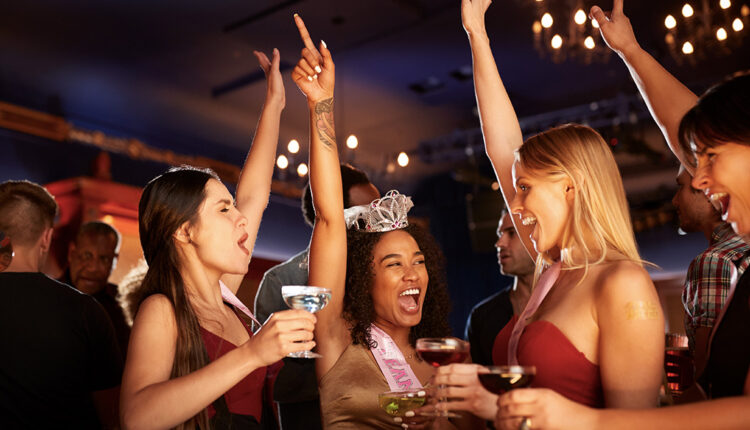 5 Games To Play At A Bachelor Or Bachelorette Party

Who does not like a happening and exciting party? There’s loads to drink, great food (only if you are drunk enough), and people to talk to and play games with.

One of the biggest highlights of any bachelor party is the games. Playing while drunk can make regular games even more exciting.

So if you are planning to host a bachelor party or about to go to one, how about you go with some of the best party games to enjoy?

From games that would test your aiming skills to games to check how well coordinated you are while drunk, here are all the great game ideas for a bachelor/bachelorette party.

The absolute classic game for any party that involves drinking, Beer Pong is something of a staple at any bachelor party. It is so popular because of how simple, easy to set up and play, and fun beer pong is. Here’s how to set it up and play this game.

All you need is a set of cups, some beer, and a few plastic balls. Set up two sections at the edge of a table. Both sections will have beer-filled cups.

Make two teams, and each team will try to throw the plastic ball into the other team’s cups. If the ball lands in the cup, the other team players must drink the beer.

The goal of the game is to finish the other side’s cup. But watch out; as you keep drinking and getting drunk, it gets more challenging to put the ball in the cups. Some variations can be made to make the game even more fun.

Another brilliant party game that involves some legwork, Scavenger Hunt is even more fun when the players are drunk. Get a few items, hide them in different places, and make a list of them. Make teams and then hand them the list of five to ten things to find.

A word of advice: If you plan on playing this game while drunk, make sure there are not any tripping hazards or sharp objects that might hurt someone.

Another simple and easy beer game is called Flip Cup, and any number of players can play this game. All you need is beer, a plastic cup, and a long table. A kitchen countertop would also work well for this game.

To play this game, make two teams and stand face-to-face on both sides of the table. Each member should have a cup half filled with beer.

The first two players from both teams drink their beer and then flip the cup. Then the next member of the team continues.

The cup must land upside-down after being flipped. The team with the most cups upside-down wins. Have multiple rounds because when people start getting drunk; the game gets more fun.

Jenga is a popular game that requires skills, stability, and luck. You get many wooden cuboids, and these cuboids are arranged in a stack in a specific way. The taller it gets, the riskier the game is.

Each player must carefully remove one cuboid from this stack in a way that does not topple the entire structure but makes it weak enough that the next person’s move will topple it.

But since we are talking about party games, there’s an added element to it.

Playing while drunk adds a new challenge to the game because meticulously taking out small pieces of wood from an already unstable structure is not something you can do easily when drunk.

Lyrical Gangster is an amazing game that you can play without any tools. All you need to do is form two teams, and each player in one team will stand or sit face-to-face with another player on the other team.

The objective of the game is to insert song lyrics into a normal conversation and the other person must figure out the song before the time runs out. The team that figures out the most songs wins.

Playing games with a host of people at a bachelor party while being drunk is one of the most exciting things to do. Making new friends, enjoying time with old ones, and having the best time of one’s life are some of the highlights of these parties.

So play these games at the next bachelor party you are invited to or host, and make sure everyone at the party is having fun.

Bad date? 3 sneaky ways to escape from this uncomfortable situation

side effects of consuming Cornflakes in excess

Top 7 Ways To Make Your Co-workers Love You