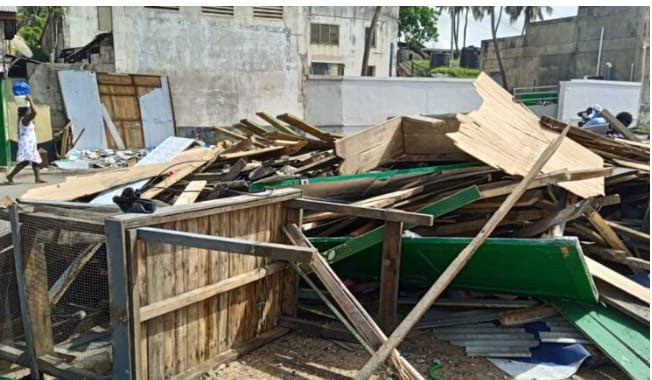 A family of five narrowly escaped death on Tuesday when an articulated truck rammed into a container shop they were occupying near Sekondi Enamnase in the Western Region.

According to the Assemblymember for the area, Baba Salami, the family was from Shama but operate a mini supermarket in the metal container at Sekondi.

He said on that fateful day as they were arranging items inside the shop located by the roadside, suddenly the truck rammed into it destroying the container and injuring all the occupants.

The victims included two children aged between three and five years and a senior high school female student believed to be 16 years old.

The other two victims were female adults in their early 60s.

The victims were all rushed to the Effia-Nkwanta Regional Hospital in Sekondi. The driver of the truck was also injured and sent to the same hospital for treatment.

The two children and the 16-year-old girl were treated and discharged as their injuries were minor.

The two adult female victims whose injuries were critical are still on admission at the hospital.