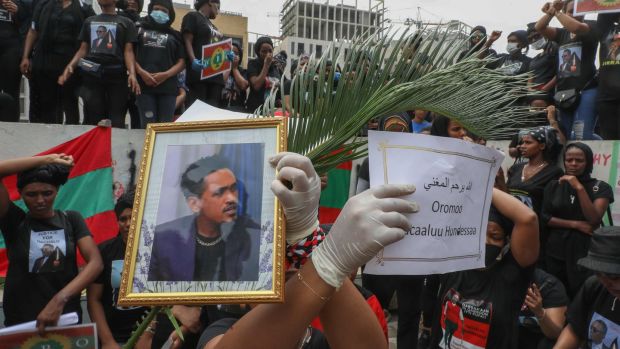 The death toll from demonstrations and ethnic violence that erupted in Ethiopia last week following the murder of a popular singer from the Oromo ethnic group has risen to 239, according to police.

Popstar Haacaaluu Hundeessaa, a hero to many Oromo who saw him as the voice of their marginalisation, was shot dead by unknown attackers on June 29, heightening ethnic tensions threatening the country’s democratic transition.

Protests broke out in the capital Addis Ababa, as well as the surrounding Oromia region which is the homeland of the country’s largest ethnic group, who have long felt economically and politically sidelined in the diverse nation.

Officials have attributed the deaths to a combination of lethal force by security officers and interethnic violence.

“Due to the unrest that occurred in the region, nine police officers, five militia members and 215 civilians have lost their lives,” acting Oromia police commissioner Mustafa Kedir said on state television on Wednesday. 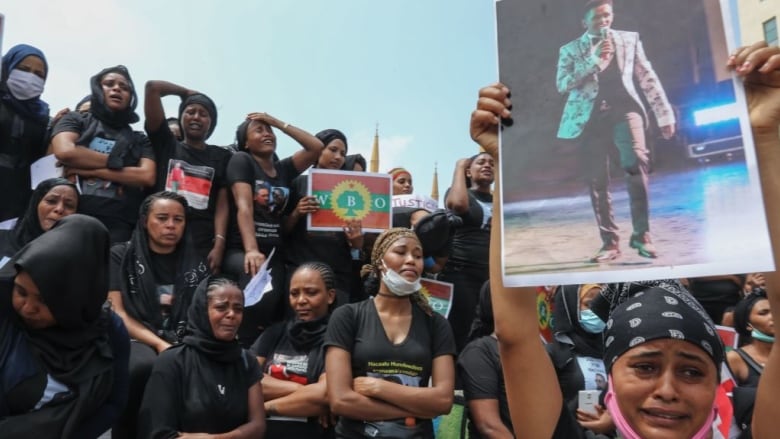 Police in Addis Ababa had previously reported 10 deaths in the capital. The total death toll is an increase from 166 fatalities reported last weekend.

Mustafa also said there had been “extensive damage and looting” of government and private property.

“To control this unrest, more than 3,500 suspects have been arrested. They were anti-peace elements who carried out attacks using the artist’s death as a pretext to dismantle the constitutional system by force,” he said.

“The Oromo population should be inclusive of other ethnic groups that live among it.”

Haacaaluu’s killing tapped into grievances fuelled by decades of government repression and what the Oromo describe as their historic exclusion from political power.

Prime Minister Abiy Ahmed – the country’s first Oromo leader – said the murder was “an evil act”. But he added that the subsequent violence represented “coordinated attempts” to destabilise the country.

Simmering ethnic tensions in the country of more than 100 million people have posed a major challenge to Abiy, whose efforts to loosen the reins of iron-fisted rule and open up the democratic space have led to increased jockeying for power and influence.

Abiy, who won the Nobel Peace Prize last year for ending a long-running conflict with neighbouring Eritrea, has been accused of reverting to the tactics of his predecessors, with a wave of arrests of prominent opposition politicians during the last week’s protests.

Five senior members of the Oromo Liberation Front were arrested, including Jawar Mohammed and Bekele Gerba from the Oromo Federalist Congress. Eskinder Nega, a longtime government critic who had recently spoken out against government policies he argues favour the Oromo, was also arrested.

Haacaaluu, 36, was buried on Thursday under heavy police and military presence in his hometown of Ambo, about 100km (62 miles) west of Addis Ababa. He is survived by his wife and two children.

Free and fair elections planned for August have been postponed due to the coronavirus epidemic, as Ethiopia prepares for its democratic transition under Abiy, who is facing the deadliest protests since he took power in 2018.