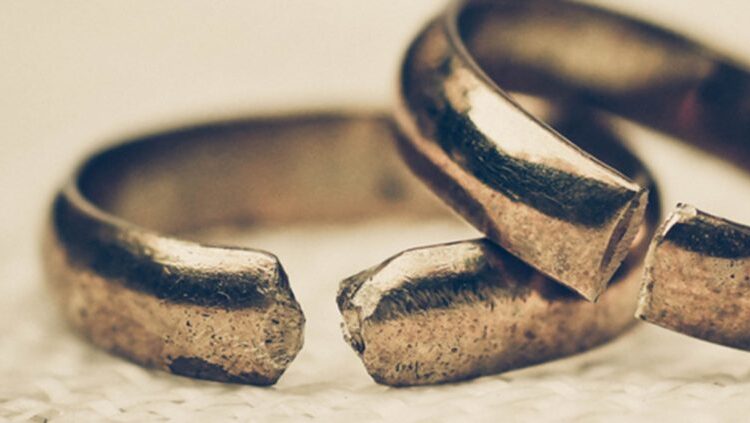 Marriage is serious business and for most people, a great deal of thinking goes into making that all-important decision to walk down the aisle, to look lovingly into your partner’s eyes and to say “I do.”

But, suppose things start going south or you wake up one morning and start wondering about your partner. You ask, “Did I marry the wrong person?”

Little things may have been adding up. Small doubts about the marriage itself begin crossing your mind and questions like these start surfacing more than occasionally.

How to tell if you married the wrong person?

What are some of the signs you married the wrong person?

Of course, everybody will have their own personal individual signs of being in love with the wrong person, but nevertheless, the following list and examples can be very useful in recognizing signs you married the wrong person.

In the past, little differences were not noticed or ignored but now bickering seems to be happening more frequently. “We never ever used to bicker,” Alana Jones, a 26-year-old account executive, emphasized.  “But now it seems like teeny tiny details like what year “Breaking Bad” premiered–can start our bickering.

This is beginning to add up and make me feel that the person I married is turning into somebody I don’t really know.” Arguing is inevitable, but happy couples know how to argue differently in a way that does not chip away at marital happiness.

2. You find you are no longer sharing the “little things”

The things that add texture to your days such as the funny bumper sticker you saw on the way to work or the news that a colleague was having triplets. “I used to love coming home at the end of the work day and telling Stephanie what the offerings were that day in the company cafeteria.  But now she doesn’t seem the least bit interested so I’ve stopped,” said Glenn Eaton, a software engineer in Silicon Valley.

He continued, “I always kind of got a kick out of it when she quizzed me as to how the chicken lunch offering was prepared and what the dessert selection was like.  I miss the old Stephanie and am wondering if this is the sign of something bigger.”

3. You think “what if you married someone else”

“I have to admit that I have thought about how different my married life might be if I had married Dalton, my very first boyfriend,” Alexis Armstrong-Glico, admitted.

She continued,” I have already found him on Facebook and have surreptitiously followed him online for a while now.  Seeing how exciting his life is–he commutes between San Francisco, London, Zurich and Tokyo, and comparing it to my husband’s commute from our suburb to Tulsa, really makes me wonder if I ever should have broken up with him.

Angel, my husband, does not even like to go to the neighboring county to see if anything is different in the shopping mall there than the one here,” Alexis sighed.

4. Your fights escalate into shouting matches

“I can’t believe that we now scream at each other when we disagree or fight about something,” revealed Alan Russelmano. “Carrie had never even raised her voice until six months ago.

This sets me off and I find myself yelling back at her when we get into a disagreement. I’m beginning to wonder about the marriage,” Alan intoned.  “I mean, I shouldn’t be doing this and neither should she.”

5. You find excuses not to spend as much time together

“I just never want to go to another baseball game with Marc,” Winny Kane stated.  She continued, “I mean they are so boring. And I can barely find any enthusiasm to become a couch potato during football season.  I’m starting to run out of excuses…”, Winny added.

6. You look for distractions

These distractions can take many forms. You may be more fiscally-minded and spend more time at work, or you may start spending more time exercising or shopping. You find other ways of spending your leisure time which do not involve your spouse.

7. You show signs of impatience with one another

“He takes forever to get ready to leave the house,” Alissa Jones flatly stated.  She continued, “So much for stereotypes about women taking a long time. I am getting more irritated all the time, and I know that he is getting irritated at my irritation,” she exclaimed.

“Oh, I long for the days when we never discussed bills nor impending expenditures,” Gary Gleason, sighed, continuing, “Now our relationship and marriage seem like a series of ATM transactions.  You know, ‘Okay, you cover the utility bill and I’ll take care of the sewage fees’. Where is that depth of feeling? We would have laughed about the divvying of bills before,” Gary concluded.

If you start questioning what to do when you have married the wrong person, it would be a good idea to speak to your friends and family to gain additional perspectives.

Fresh insights and objectivity are important in helping you determine if you have married the wrong person.  Additionally, seeing a credible counselor can also help you find the answer to this important question and help lead you to a resolution.

9 Things You Should Never Say To Kids At Mealtime

The Truth About The ‘Three-Date Rule’

Travel Hacks That Actually Save Money