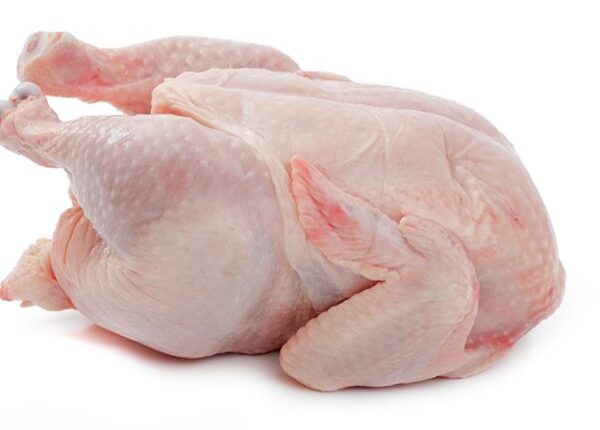 More than 600,000 tonnes of frozen chicken were imported into the country last year, a research by the Ghana National Association of Poultry Farmers (GNAPF) has revealed.

The data, sourced from the European Union (EU), indicated that 569 million pieces of frozen chicken were imported into the country last year, translating into $600 million.

The development has left the local poultry industry with two per cent of the market share of chicken, which is controlled by imports with 98 per cent.

This came to light at a consultative meeting held between the Ghana International Trade Commission (GITC) and stakeholders in the poultry value chain in Accra last Wednesday.

The President of GNAPF, Victor Oppong Adjei, who made this known, said last year, the country imported 227,903 tonnes of frozen chicken from the EU.

Translating the figures into money, he said assuming that a unit of chicken was $1, it meant that at least $600 million was spent on chicken imports last year.

He noted that the huge import volumes were negatively impacting on the exchange rate, so it was about time measures were taken to boost the domestic production of chicken.

The GITC held the consultative meeting as part of its mandate to protect local industries from unfair completion and illegal trade practices, especially the dumping of products on the local market.

According to the GITC Act, 2016 (Act 926), the objectives of the commission included ensuring fair competition for persons engaged in domestic production and international trade, overseeing Ghana’s compliance with international trade rules and regulations and protecting the domestic industry or market from the impact of unfair trade practices.

It is also to ensure transparency, fairness, efficiency and objectivity in the application of measures affecting international trade and the use of world trade measures.

The participants at the meeting included GNAPF, the Food and Drugs Authority (FDA), the Ghana Standards Authority (GSA), the Ghana Export and Import Bank (GEXIM), the Ministry of Food and Agriculture (MoFA), the Chamber of Agribusiness, the Ghana National Chamber of Commerce and Industry and the Joerees Farms and Butchery.

They discussed pragmatic steps to deal with the issue of dumping chicken on the local market.

The meeting also explored workable strategies that would help revive the poultry industry.

Mr Adjei expressed worry that Ghana’s poultry industry, which recorded annual growth of 20 per cent in the 1970s, had now become a pale shadow of itself.

He said although the sector had the potential to create over a million jobs along the value chain, lack of definite policies and institutional support had denied it the fortunes it deserved.

He said if consistent policies were initiated to revitalise the poultry sector, it would contribute significantly to addressing the unemployment challenge in the country.

The Chief Executive Officer (CEO) of Joerees Farms and Butchery, Joseph Boakye Yiadom, called on the mandated state institutions to take immediate steps to cap the importation of frozen chicken to help check dumping on the local market.

He also underscored the need to provide reliable funding for local poultry farmers to help them feed birds and operate at minimal cost.

For his part, a senior regulator at the FDA, Stephen Yeboah, said it was important for the government to come up with an institutional policy to promote the local production of poultry.

He said there could be a government directive for all chicken for the school feeding programme to be sourced locally.

He said local poultry farmers needed to form cooperatives and demonstrate their capacity to produce to meet the local demand for chicken.

“If there is a policy banning the importation of chicken, I wonder if our local industries has the capacity to produce at the current demand level,” he asked.

The Executive Secretary of the GITC, Frank Agyekum, said the GITC would play the lead role in the search for solutions to the ailing poultry industry.

He said the commission had developed a proposal, in partnership with GEXIM, for a comprehensive research into how to revive the poultry sector.