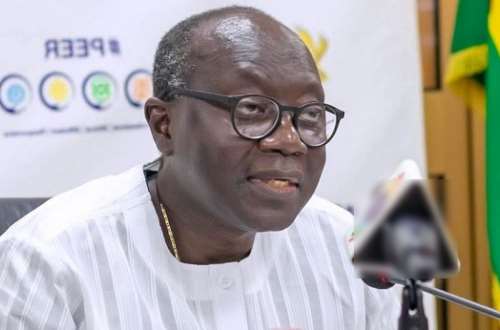 The government of Ghana’s domestic debt management plan is getting murkier each day, and is dotted with uncertainties. From Finance Minister Ken Ofori-Atta’s highly-trumpeted announcement that Ghana would not go to IMF for a bailout then resorting to it – and the unfolding debt management plan, it appears something is not adding up.

What’s worrying is that information and communication about the debt deal is as economical as it is uncertain. Even the banks, which are central to the plan, claim they lack enough information to educate their clients and are still asking them to wait as they gather more information. So, why can’t government be very specific about the debt plan?

When the finance minister trumpeted that government had home-grown solutions to the current difficult economic situation, was the current domestic debt management plan all he had to offer? Some economic analysts, including Mr. Kwame Pianim, blame Mr. Ofori-Atta for leading Ghana into the current debt-hole.

Since announcement of the domestic debt exchange programme, I have monitored various comments across the country – and I must be candid with the finance minister and economic management team that Ghanaians are not taking the coercion to accept the offer lying down. Both individuals and institutional bond and Treasury-bill holders are seething with anger at what is perceived as arm-twisting by Ken Ofori-Atta to accept the offer or suffer harsh consequences.

A total of 58 GoG bonds with maturities from Feb 2023 to August 2039 and Value of GH¢121billion are eligible for the exchange; six ESLA bonds with a value of GH¢8.3billion along with three Daakye Bonds valued at GH¢2.8billion are also eligible.

Consequently, all bonds will have:

I listened to a video in which a woman narrated the ordeal of her husband who invested all his retirement benefits into government bonds and Treasury bills, only to be told that they will have to wait till 2024 to earn interest – besides having no access to the capital until 2037 and beyond. According to the woman, since the announcement her husband has gone dumb and is having sleepless nights. Another man, aged 65 years, invested all his redundancy benefits accrued from the recent financial crisis in bonds and Treasury bills. According to the man, as a patriotic Ghanaian he decided to keep faith with the economy by investing in hitherto stable and secure government bonds.

The feeling among many bond holders is that it is unfair for government to freeze people’s investment in bonds, which until now have been the most secure investments for individuals and institutions – including banks and other financial sector players. All banks invest in bonds and other government securities on behalf of their clients, and these investment portfolios largely sustain the banking system. It is estimated that the financial sector holds more than 50% of the country’s overall bonds and securities.

Has government’s economic management weighed the debt plan’s implications for the banking sector and savings culture? Ghana has one of lowest savings rates because of our revolutionary past, when people’s bank accounts were frozen by government. After that, many people kept their money under the pillow. It took several years of public reorientation to restore confidence in the banking system – hence the recent upsurge in savings and investments in bonds and government securities.

Sadly, the debt exchange plan in its current form will discourage savings and investment in future government bonds. People are speedily stopping their debits to investment portfolios. My organisation’s investment plan with EDC – including more than 40 staff – has suffered a similar fate due to uncertainties of the debt plan.

The Ghana Institute of Bankers has forecast that with the current debt exchange plan:

From the above forecasts, it is expected that non-payment of coupons and maturities could cause illiquidity problems for the banks. In addition, lack of trading and lack of interest in bonds could worsen the banks’ financial situation – some of which have hardly recovered from the recent financial sector clean-up. This could potentially signal a collapse of the financial sector, and a dent in investor confidence for the economy. In fact, the perceived risk-free reputation of Government of Ghana bonds will require decades to restore.

This explains why all banks have refused to sign the deal in its current form; and I urge them to stand their ground for the sake of the country’s overall financial health. What depresses me is that this current government saved the economy from financial crisis through a banking bailout, and it would be unthinkable for the same government to allow the banking sector to collapse due to domestic debt restructuring. The banks must also be innovative and move beyond merely trading in government securities for windfall profits. Henceforth, banks must embrace lending to the private sector as a priority and prudent investment option for economic re-engineering.

Confidence in the economy

Undoubtedly, this debt plan could reverse confidence in government bonds and securities in its current form. Even if government cancels the entire plan, its poorly-managed communication and planned roll-out has sent shivers down the spines of current and future investors in government securities. What’s worrying is that despite the promises of ‘no haircut’, there is a total freeze on withdrawals from investment banks.

Since December 2022, yours truly has made two requests for withdrawal of funds from Ecobank Transnational Corporation (EDC) and Databank – which are still hanging. My enquiries from both investment banks indicate a freeze on trading in bonds, hence the uncertainties around several investments. This is unfair to all investors and bond holders.

Like me, other investors built their savings through personal discipline as an insurance for the future. The essence of savings and investment is to rely on them in times difficulties. In fact, many people whose lives and livelihoods are on the brink because of this policy are widows, widowers and pensioners who solely depend on government coupons from their investments in government bonds.

If you take people’s investment through state power and legislation, it by no means makes the action legitimate. Therefore, if not reversed the current debt plan will reduce the life-expectancy of many retirees from 65 to 60 years. Many bond holders – either as individuals or through institutional investments – will be retiring in the next five to ten years; and if they are to wait ten years before accessing their money, it will send a lot of people to early graves.

I am not sure if this is what government intends to happen to retirees. This should not be allowed to happen to people who have had faith in the economy. The economic management team of government should return to the drawing-table and broadly weigh the of the debt exchange plan’s implications for the vulnerable – those who have no regular income but have nonetheless invested in government bonds and securities for a living.

Besides, as part of the overall debt management process, government could consider cutting some expenditure by way of reducing staff numbers at several ministries, departments and agencies. There are public concerns that there are too many hangers-on at some state institutions, including at Jubilee House. Also, government needs to seal the loopholes that cause the loss of huge state. There is too much tax-evasion in the system, with big companies and the affluent in society being the main culprits.

In fact, this debt exchange plan is the surest way to return the government to opposition in 2024. In 2024, Ghanaians will be compelled to choose between the two devils, and either way the economy is bound to struggle. The question is, which of the two political parties, the New Patriotic Party (NPP) and the National Democratic Congress (NDC) is the lesser devil? Is it better to retain the NPP in power to resuscitate the economy or bring NDC to attempt to reverse the economic meltdown? In fact, Ghana’s current burden is rooted in the NDC’s past economic management. Last week the Bank of Ghana Governor, Dr. Ernest Addison, disclosed that a large proportion of Ghana’s foreign currency is used to service debts amassed from the energy sector debt agreements signed under the administration of John Dramani Mahama. This, he said, is partly to blame for the huge demand for dollars and attendant pressure on the cedi.

Honestly, I wish Ghana had an alternative other than the NDC regarding economic management. Not long ago, former President John Dramani Mahama told Ghanaians that not only did his government eat the meat, but it also ate the bone to the marrow. That statement turned out to be the precursor to seeking policy credibility from the IMF – with nail-biting conditionalities like a net freeze on employment.

Let Ken Ofori-Atta and government’s economic management be aware that public opinion is strongly against this debt management plan in its current form. The earlier they listen to public opinion, the better it will be for their political future and the country’s economic and financial health. Long live Ghana.