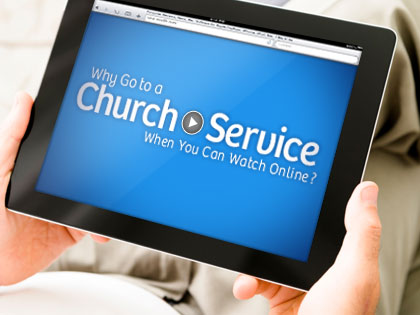 On Sunday, March 15, 2020, the President, H.E. Nana Addo Dankwa Akuffo Addo, in his address to the nation on the Corona Pandemic directed that all public gatherings, including religious activities be suspended for a period of four (4) weeks.

This directive by the President was met with mixed feelings. While some applauded the President for such a bold decision, others criticized him for being insensitive. Some charismatic church bishops even issued a statement to criticize the President for not consulting them before arriving at such a decision.

With this directive, many people wondered how the church was going to survive.

In the last three (3) days, I have seen a lot of churches and pastors taking advantage of Facebook and other social media platforms to reach their members and the wider social media family with the Gospel.

This move, is very interesting. Some few years back, it was practically impossible to believe that today, some churches and leaders, will push their messages via these social media platforms.

I remember how some leaders and churches thought Pastor Chris Oyakhilome and his Christ Embassy Church were becoming too obsessed with social media. Listening to some of them at the time, around 2006/07, they made it sound as if per his love for social media broadcast, Pastor Chris was pushing the Holy Spirit factor out of the church. These critics made it appear that social media service was too choreographed and that, it stifled the move of the spirit. They pushed this argument strongly!

In Ghana, the Charismatic Churches like ICGC, Action Church, Perez Chapel and others are very visible on social media. Their leaders too, the same. This has endeared these churches and the leaders to the youth, who are mostly found on social media.

The Pentecostal and Orthodox Churches however, were late to come to the table. Until recently, it was difficult to find the Pentecostal and Orthodox Churches on social media. Their leaders were virtually missing. Even today, some are still struggling to come to terms with the benefits of social media to their activities as a church or as a leader.

This suspension of church activities by the President, H.E. Nana Addo as a result of the Corona Pandemic is a blessing in disguise.

In Acts 1, when Jesus promised the disciples the visitation of the Holy Spirit, He added that the Spirit will make them witnesses to Jerusalem, Judea, Samaria and other ends of the world.

In Acts 2, when the Holy Spirit came upon the disciples and those gathered in the Upper Room, they were empowered. However, the work they did was mostly centered in Jerusalem. It appeared the success they chalked in Jerusalem ate into their head. They probably had forgotten about Judea, Samaria and other ends of the world. In Acts 8, the church came under persecution.

Many of the disciples got scattered as a result of the persecution. This took some to Judea and others, to Samaria. Philip, for example, went to Samaria. While they “fled”, they took the Gospel along. This led to the establishment of the church in Judea, Samaria and other ends of the world. Thus, although painful and heartbreaking, the persecution forced the disciples to be proactive and responsive to the earlier charge given them by Jesus.

Jesus asked us to send the Gospel to the ends of the world. He never talked about approach. However, in every generation, He has a unique way of speaking. In our generation, one of the visible ways God speaks and wants to put His message across is through social media.

Unfortunately, some churches and leaders in Ghana have become so complacent and comfortable in the old way of doing things. They have forgotten that this same God who said “ask for the ancient path” is the same God saying “see, I am doing a new thing”.

In Ghana, I believe God is using this coronavirus pandemic to cause a paradigm shift in the way we organize ourselves as a church. Through this unfortunate outbreak, He is breaking down ugly church practices and walls. He is opening the windows of the church for fresh air to come in.

The President may have used his authority to temporarily shut the doors of our churches for four (4) weeks but God is using him to open the doors of Facebook and other social media platforms to us.

Unfortunate as this suspension may be, God is saying to the church “now is the time to wake up and move into unchartered areas with the Gospel”.  Instead of castigating the President, God is opening our eyes to a harvest of souls who must be reached with the undiluted Word of God. This is refreshing!