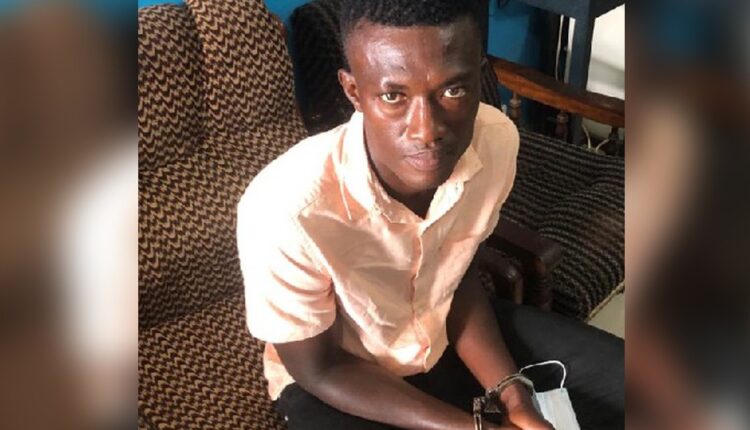 The 28-year-old architect alleged to have murdered three children at Abesim in the Bono Region has been remanded into police custody by the Kaneshie District Court.

Richard Appiah is alleged to have committed the gruesome murder of the boys and kept some of their body parts in a fridge.

He appeared before the court on a provisional charge of two counts of murder.

His plea is yet to be taken.

The prosecutor, Chief Inspector Lawrence Anane, prayed the court to remand the suspect to further aid in investigations.

Why Appiah is in court?

Police arrested Richard Appiah for the murder of three persons, including two teenagers, and preserving their chopped body parts in a fridge.

He was picked up on Friday, August 20, for allegedly killing his stepbrother and two others aged 12 and 15 years.

According to the police, 56-year-old Thomas Adjei reported that his 12-year-old son Louis Agyemang Junior had gone missing on Friday.

The boy had gone to play football and did not return home as of 10 pm. But one of the friends of the boy told Mr Adjei that he had seen Loius exit the park together with Richard during the football match.

Mr Adjei organised some neighbours and went to Alaska near Abesim in Sunyani together with the police to question Richard, who is also the stepbrother of Loius.

The team insisted on searching the house and found one of the doors locked.

However, the suspect explained that the keys to the room had gone missing.

After forcefully breaking the lock, the body of Louis Agyemang Junior was found in cold blood lying prostrate on the floor with the head severed. The group also found a sack containing human body parts.

A fridge in the house was discovered containing three human heads, including that of Loius.

One of the deceased was identified as Stephen, 15, but the identity of the third is yet to be established. Many more body parts were found tucked in the fridge like meat at a slaughterhouse.

The three human heads and the body of Louis Agyemang Junior were deposited at the Best Care Mortuary at Mantukwa in the Sunyani West Municipality.

The development has prompted the IGP Dampare to direct the Criminal Investigation Department (CID) at the police headquarters in Accra to provide technical support to the Bono Regional CID to investigate the matter.

The entrails, supposedly of one of the deceased, were found on a cocoa farm and have since been exhumed for analysis and forensic examination in Accra.

A statement issued on Wednesday, August 25, said two cutlasses with bloodstains used by the suspect to commit the crime were also retrieved from the scene.