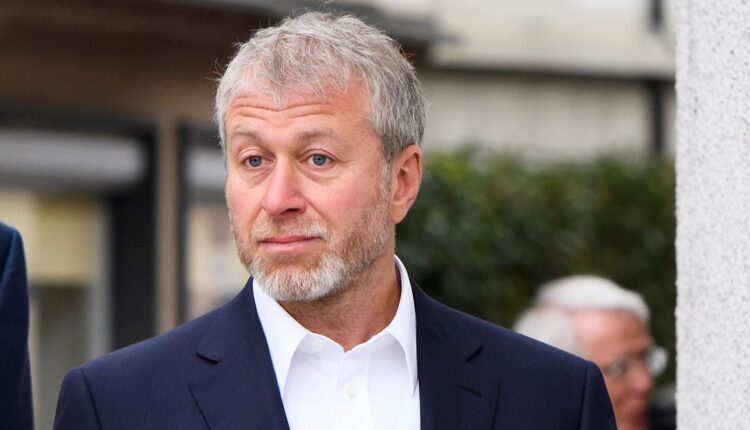 Roman Abramovich’s attempt to sell Chelsea has been halted after the oligarch was sanctioned by the UK government as part of its response to Russia’s invasion of Ukraine.

The Russian put the European champions up for sale after the threat of sanctions was raised in Parliament.

The freezing of Abramovich’s assets, which include Chelsea, means the club cannot sell further match tickets.

The move is intended to stop Abramovich making money from Chelsea.

The government has issued a special licence that will allow fixtures to be fulfilled, staff to be paid and existing ticket-holders to attend matches.

Chelsea have said they “intend to engage in discussions” with the government and will seek amendments to the special licence to “allow the club to operate as normal as possible”.

Season-ticket holders can still attend games for which they have tickets but the club cannot now sell any more tickets.

Chelsea will also be unable to buy or sell players, or offer new contracts, while the sanctions are imposed on Abramovich. Chelsea’s owned players who are on loan at other clubs will be able to continue to play for those clubs.

The London club’s merchandise shop has also been shut.

The government is open to considering a further addition to the special licence which will allow the sale of the club.

A condition for that to happen would be that Abramovich – one of Russia’s richest people who is believed to be close to Russian President Vladimir Putin – receives no funds.

He has previously said that proceeds of any sale would be donated to victims of war.

On Wednesday, there were 20 credible interested parties looking at a potential Chelsea takeover. Among them was British businessman Nick Candy.

Culture Secretary Nadine Dorries has said the government is “committed to protecting” the club.

“Football clubs are cultural assets and the bedrock of our communities,” she tweeted.

“I know this brings some uncertainty, but the government will work with the league and clubs to keep football being played while ensuring sanctions hit those intended.”

What does the special licence mean for Chelsea?

The sanctions have been imposed on a day that both Chelsea’s men’s and women’s teams are in action, with the Blues travelling to Norwich in the Premier League while they are up against West Ham in the WSL.

The Premier League confirmed Chelsea’s match at Carrow Road “will go ahead” and added that it will “work with the club and the government to ensure the season will proceed as planned and in line with the government’s intention”.

Committee chair Julian Knight said the hearing would “explore issues around the role of Russian money in our national game and will examine the government’s approach to financial sanctions targeted at specific individuals and its general policy on sporting sanctions and boycotts”.

Knight added: “This morning’s announcement that Roman Abramovich has been sanctioned by the government and emerging details of the likely effect on one of the country’s biggest football clubs illustrates the deep and wide-ranging impact such measures will have on sport in this country.”

Since his purchase of the club in 2003, Chelsea have been transformed, setting the template for how much finance was needed to compete at the top end of English football.

In total, Abramovich has loaned the club more than £1.5bn, which has helped to bring great success.

Under Abramovich’s ownership, the club have won every major trophy possible – including the Champions League twice, both the Premier League and FA Cup five times, the Europa League twice and the League Cup three times.

In February, they won their first Club World Cup.

They have also won the Women’s Super League title four times, the Women’s FA Cup on three occasions and picked up the Women’s League Cup twice in the past eight years.