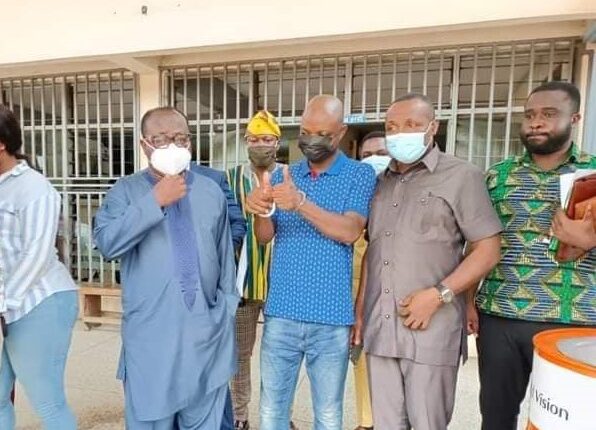 Additionally, he is also expected to deposit his passport and a valid national identification card at the registry of the Accra Circuit Court.

He alleged that former President John Dramani Mahama was planning to topple the incumbent government, which was found to be untrue.

Counsel for the NPP firebrand, Anthony Namong, in an application for bail, contended that the accused is known in the public space, with two permanent places of abode, and thus will subject himself to the court processes.

State prosecution did not oppose the bail application at the hearing on Wednesday, 16 February 2022.

After listening to the parties, the judge, Adelaide Abui Keddy, noted that the case was a misdemeanour and accordingly granted him bail.

Meanwhile, the court has directed that the prosecution files disclosures and witness statements within two weeks.

Why was Abronye DC arrested and arraigned?

Abronye DC is reported to have made the claims on Accra-based Hot 93.9 FM while reacting to the arrest of #FixTheCountry convener Oliver Mawuse Barker-Vormawor.

On Tuesday, 15 February, he was detained by the Accra Regional Command after interrogation.

Consequently, the vociferous member of the NPP who appears regularly on media platforms to defend the government was charged on two counts of publication of false news and offensive conduct conducive to breaches of the peace. He has since pleaded not guilty.

This is not the first time Abronye DC has been cited for such comments against Mr Mahama.

On 6 May 2021, ex-president Mahama reported Abronye to the police for alleging that he had plans to kill some leading members of the NPP.

Mr Mahama lodged a complaint through his lawyers, LithurBrew Company.

“His Excellency, John Dramani Mahama, has firmly instructed me to say that the allegations are, of course, false; and for the avoidance of doubt would like to state that neither the NDC nor he has planned to hire, hired or cause to be hired, or instructed any person or persons to murder or assassinate anybody,” a petition to the police said.

Subsequently, Abronye was invited for questioning over the matter.