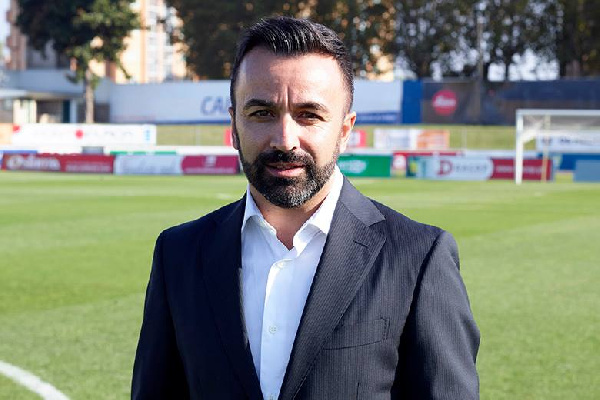 The Phobians have not had a substantive head coach since the sacking of Kim Grant in December last year.

The 46-year-old touched down in Ghana earlier this week ahead of his unveiling.

Edward Nii Odoom who has been serving as the caretaker coach since the dismissal of coach Grant will be assisting the Portuguese tactician for the upcoming Ghana Premier League season.

The club announced the signing of the Portuguese tactician on their Twitter page on Thursday, October, 22.

Vaz Pinto’s previous experience on the continent is in Angola, where he managed two local teams – C.R.D Libolo and Caala.

He also spent a year as manager of the Ethiopian side, Saint George SA, in 2017.

The Phobians start their 2020/21 Ghana Premier League with an away game against Aduana Stars at the Nana Agyemang Badu Park.