The Action Chapel International will on Monday, November 16, 2020, hold a memorial and corporate prayer in honour of the late former President, Jerry John Rawlings.

The Presiding Archbishop and General Overseer of the church, Nicholas Duncan-Williams, announced the celebration of the life of Ghana’s longest-serving president.

In a statement, in which he paid a glowing tribute to the former president, Archbishop Duncan-Williams said the memorial will last for one hour at the prayer cathedral.

A personal friend of the late President, Archbishop Duncan-Williams, who witnessed Rawlings’ reign, described the late president as a leader who “dared greatly and will never be among those cold and timid souls who neither know great defeats or victories.”

According to him, this was the time to focus on the good that the late former president did and the contributions he made to the growth of the country.

Jerry John Rawlings died on Thursday, November 12, 2020, at the Korle Bu Teaching hospital where he was receiving treatment after a short illness.

He died at the age of 73, leaving behind his wife and former First Lady, Nana Konadu Agyeman-Rawlings and four children.

National flags are to fly at half-mast within the period.  Also, all campaign activities have been put on hold. 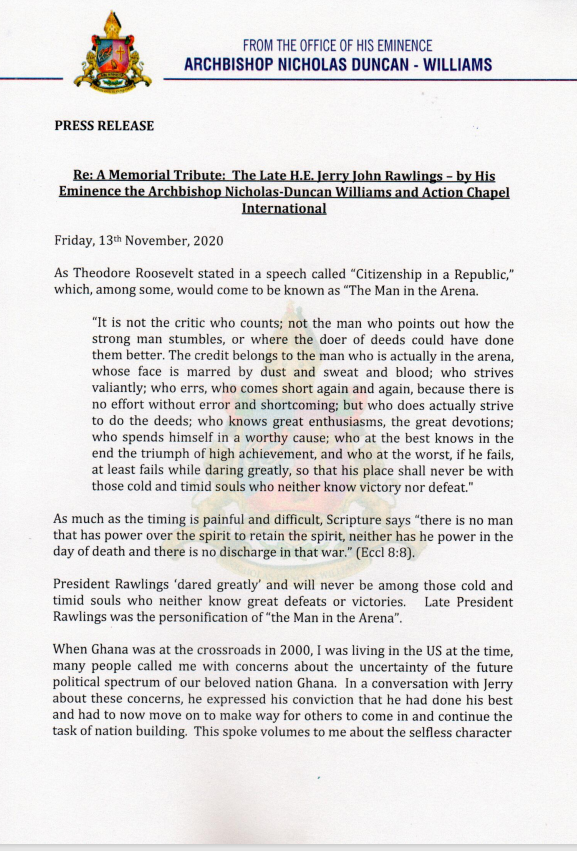 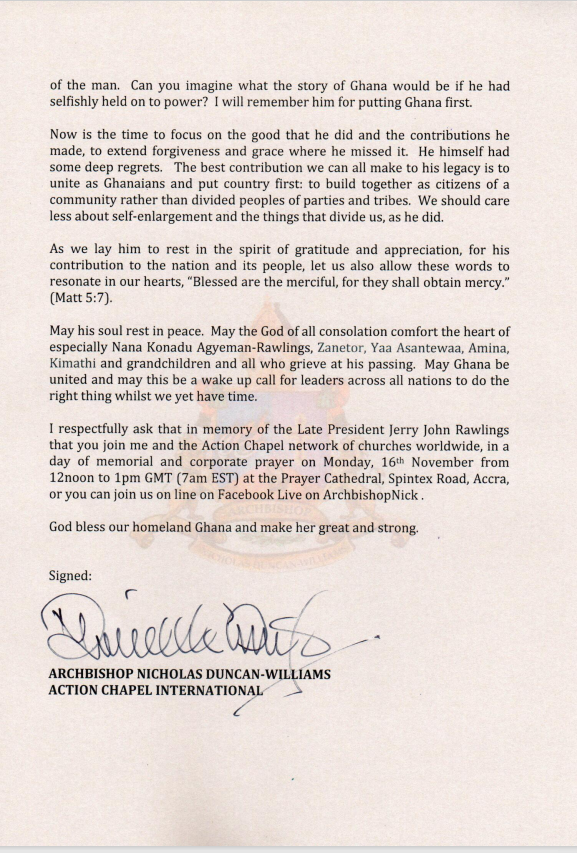