Actor and film producer, Eddie Nartey has lost his wife.

Little is know about when she died.

The actor married Vida Danso in a glamorous private ceremony in Accra in September 2018.

The couple would have celebrated their 3rd wedding anniversary this year.

The icy hands of death has snatched her nine months away from their anniversary. 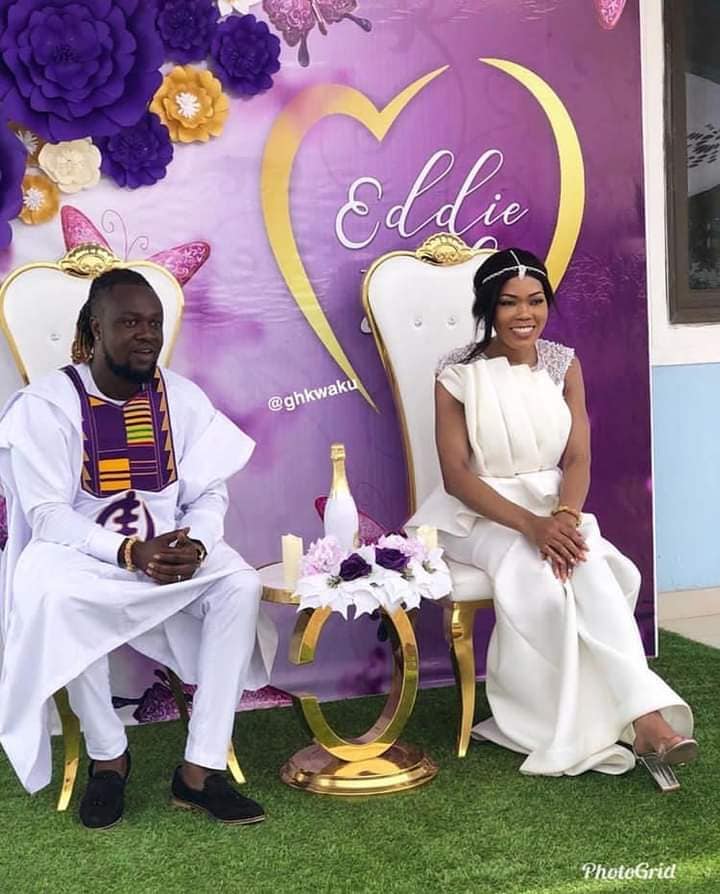 The cause of death Vida’s death is not known.

Announcing the death of his wife on social media, the actor said he was in ‘constant pain’.