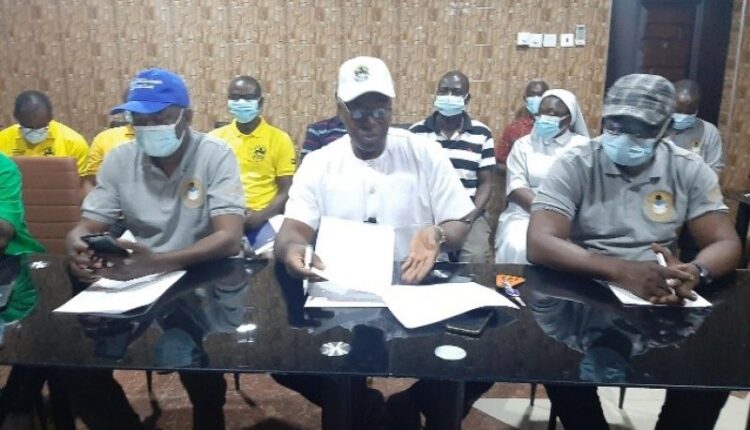 The Conference of Heads of Assisted Secondary Schools (CHASS) has called on management of the Ghana Education Service (GES) and stakeholders to address challenges associated with performance of the Buffer Stock Company to regularly supply food to schools.

It said delay in food supply to schools was affecting the running of Senior Secondary schools as students sometimes had to stay home for lack of food.

CHASS emphasized that the poor, unreliable and erratic supply of food stuff to schools from the Buffer Stock Company affected schools and must be addressed, “Indeed it must be relooked at and addressed.”

This was in a communique jointly signed by Alhaj Yakub A. B. Abubakar, the President of CHASS and its Secretary General, Mr Kwame Owusu Aduomi and issued at the end of its 59th Annual Conference in Bolgatanga.

The week-long Conference was on the theme; “Discipline and Child Rights in our Schools: the fate of the School Head.”

They also called on the Ministry of Education (MoE), the GES and allies to review the prices of food stuff supplied to schools.

That, the CHASS said would “avoid the situation whereby Buffer Stock Suppliers offloaded the burden of low buffer stock prices vis a vis the prevailing market prices onto the school by way of underweight of items by suppliers or negotiated undersupplied food items.”

The Heads in the communique also called on the Buffer Stock Company to stop requesting schools to move to Regional capitals to cart food items as that came with extra cost on the already financially burdened schools.

The CHASS said the timely and adequate release of funds, especially to schools before their reopening date was crucial to curb the stress associated with running without funds and logistics.

It also advocated an upward adjustment of examination fee from the current GH¢10.00 to GH¢ 30.00 since CHASS had through several memos and letters to the GES management justified their request.

“Additionally, the cost of WASSCE practical examination should be comprehensively discussed by GES management and CHASS,” it noted.

According to CHASS, there was delay in the release of funds for the National Science and Maths Quiz competitions, “These monies are unduly delayed and schools are forced to pre-finance this activity.”

The CHASS also emphasised the need to have a reliable long term academic calendar for both Single and Double Track Schools to ensure effective planning by schools.

The Heads expressed concern about the under staffing across the various schools, and urged the GES to fast track the replacement of staff who had retired, especially the non-teaching staff with the involvement of Heads in the process.