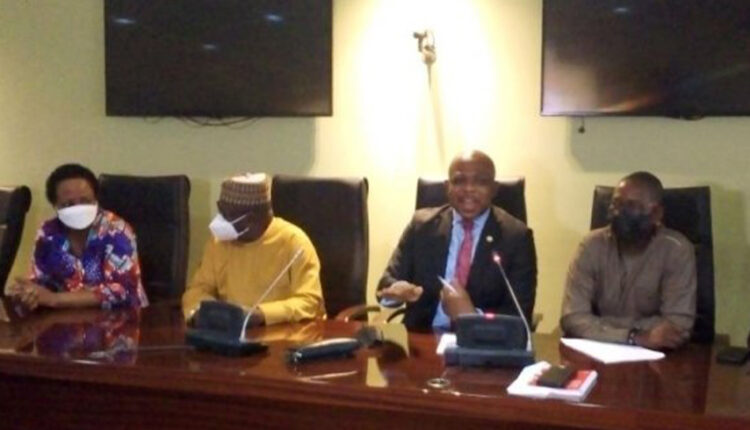 A daylight gruesome murder of a police officer escorting a bullion van and a bystander at James Town, in Accra on Monday, has elicited a reaction from the Minority Caucus in Parliament.

As police proceed with investigations, with threats to withdraw their officers for escort duties if fortified armoured vehicles are not provided for their duties, the Minority at a presser in Parliament House, Osu-Accra, on Tuesday, called on the government to deal with the rampant attacks by armed robbers on security officers accompanying bullion vans.
Apart from the Monday incident, armed robbers attacked a Forex Bureau located close to the Police Headquarters in Accra, and shot dead the security officer in Accra New Town, among other cases in recent times.
With soaring rates of armed robbery cases and security personnel under threat from armed robbers, the Minority Caucus on Tuesday called for urgent steps to bring the situation under control.
Mr James Agalga, Ranking Member of the Defence and Interior Committee, addressing journalists accused the Police authorities of failing to enforce the law to ensure that bullion vans in use meet the legal and Bank of Ghana’s specifications.
He said a bullion van is supposed to be a bullet-proof vehicle that would ensure the safety and security of escorts as well as the money being carried.
He referenced a directive of the Bank of Ghana on 24th December 2020 which gave an ultimatum up to July 2023, where all make-shift vehicles operating as bullion vans shall be phased out.
According to Mr Agalga, who is also a former Deputy Minister of Interior, the July 2023 deadline was against what the Inspector General of Police (IGP), through a statement issued by the Director of the Public Affairs Department on the James Town robbery gave as June 2021.
Mr Agalga, said the directive from the IGP was in direct contravention to that of Bank of Ghana (BoG).
He therefore called on the IGP and the Governor of the BoG to reconsider their conflicting positions and work as a team in the interest of national peace and security.
Mr Agalga also stated a known fact in Policing that there is an inverse relation between morale of officers and crime rate, and indicated that the continuous attack on Police officers and civilians by armed robbers had demoralized the personnel.
This he said, had occasioned violent crime becoming a daily affair and that Ghanaians no longer feel safe compared to their immediate past.
He said currently the Ghana Police Service had signed on many retired officers on contract or extension of service, but those contracts had not produced the desired results of peace and security.
Mr Agalga also questioned the state and condition of security cameras to monitor crimes, wondering why it had become challenging to identify armed robbers if the cameras were really functioning.
The Minority called on President Nana Akufo-Addo to demonstrate leadership and ensure that violent crime-related cases, particularly armed robbery, which he described as “shaking the foundations of the nation” were brought under control.
Story By GNA
Robbery
You might also like
News