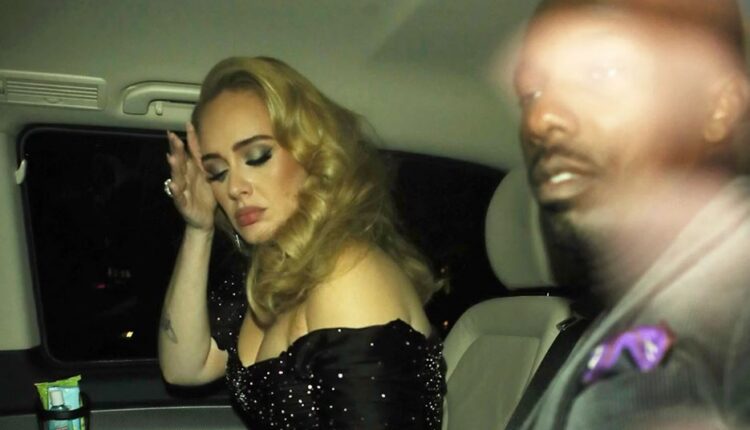 Adele had boyfriend Rich Paul by her side at the filming for her upcoming television special.

The couple was spotted making a quick exit together from Saturday’s recording of An Audience with Adele at the London Palladium. It was her first U.K. performance in four years, per The Independent.

The “Easy on Me” singer, 33, appeared in a sparkly black dress, which she paired with some stunning silver jewelry and tightly curled hair. Paul matched his girlfriend in a dark grey velvet suit and black turtleneck.

Adele made her relationship with Paul Instagram official in September after months of speculation surrounding their dating status. A source told PEOPLE in July that the two had been dating for a “few months.”

In an interview with Vogue last month, the award-winning singer revealed that she and Paul started dating at the beginning of 2021 after meeting at a party two years ago.

Adele accidentally went public with their relationship in July when she attended Game 5 of the NBA Finals with Paul. “I didn’t mean to go public with it. I just wanted to go to the game,” she said. “I just love being around him. I just love it.”

The two appeared together again at the NBA season opener between the Golden State Warriors and the Los Angeles Lakers at Staples Center in Los Angeles on Oct. 19.

After her divorce from ex-husband Simon Konecki, Adele told Vogue that she knew exactly what she wanted in a partner as a “33-year-old divorced mother of a son, who’s actually in charge.”

“The last thing I need is someone who doesn’t know where they’re at, or what they want. I know what I want,” she explained. “And I really know what I don’t want.”

Adele will drop her first record in six years, called 30, on Nov. 19. An Audience with Adele premieres Nov. 21 on ITV.