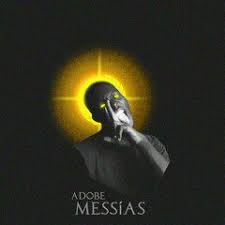 The award which took place at 3Music Headquarters, at Abelenkpe on Saturday, November 19, 2022, was the second edition of the Artpreciate Creative awards.

Adobemessiah was nominated in three categories, Graphic Designer of the year, Creative Director of the year and Artpreciate Creative of the year, of which he won one as a young talented individual in creativity.

He competed with notable industry heads like David Nocol-Sey, Ekow Barnes, Kamizakoru, Gene Adu and Frances Quarcoopome.
Adobemessiah has loads of work, he designed 3Muisc Awards Branding 2022 and 3Muisc TV official Launch Branding, both digital, and print, and he designed the Cover Art of the viral song ‘Jemappelle’ by Darko Vibes and Davido.

He also created the identity for ‘DMV Party in the park’ in Maryland, USA.

In an interview with GNA Entertainment, Messiah said he was excited to be recognized officially by a reputable award scheme.

“Clearly the work I’m doing is being seen and I have to put more work in it to not just to be recognized per say, but to revolutionize the design space,” he said.

When asked about his motivation, he said he want to change the face of graphic design in Ghana and beyond.

“I want to study the business of art as well as the skill, we mostly forgo the business aspect, which is key and we need to make international connections,” he said.

He advised the youth and upcoming creative designers to acquire more soft skills as well as to be abreast with modern technology.

“Upcoming creators should believe in themselves, work with integrity, and hold higher personal validation to prevent failure,” he added.

Adobemessiah believes that what we see, and buy was through visual language, which makes the graphic sector a booming place to be as individuals and a country.

“I believe it would expand further in Ghana in the coming years as it has already had,” he said.

He thanked the award scheme for implementing this initiative in the creative industry.

Currently, he is the graphic designer for the ‘WIZKID LIVE CONCERT’ which would take place in Ghana this December.

The award dubbed ‘Artpreciate Creative Awards’ is coined from the merger of ‘Art’ and ‘Appreciate,’ and it is an award scheme that gives creatives in Ghana and other parts of Africa recognition for their challenging work and dedication towards creativity.