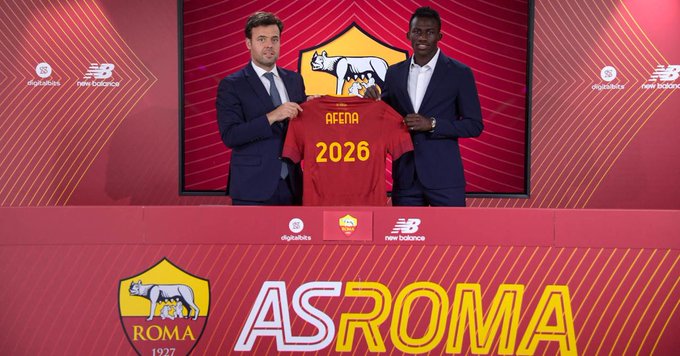 Ghana international, Felix Afena-Gyan has signed a new four-year contract with AS Roma.

The Italian Serie A club announced the new contract extension deal with the youngster on Wednesday, July 6, 2022.

“AS Roma are pleased to announce that Felix Afena-Gyan has renewed his contract with the Club until 30 June 2026.

“Raised in the Giallorossi youth sector, Felix made his debut in the First Team on 27 October 2021 in Cagliari 1-2 Roma.

“With the Roma shirt he has made 22 appearances so far, including 3 in the first edition of the UEFA Europa Conference League,” an official club statement from AS Roma said today.

Since making his first-team debut for AS Roma, Felix Afena-Gyan has become a player of interest.

He made his debut for the senior national team, the Black Stars in the 2022 World Cup playoff against Nigeria has eventually become a regular name in the squad and is likely to make the squad list for the upcoming 2022 FIFA World Cup in Qatar later this year.