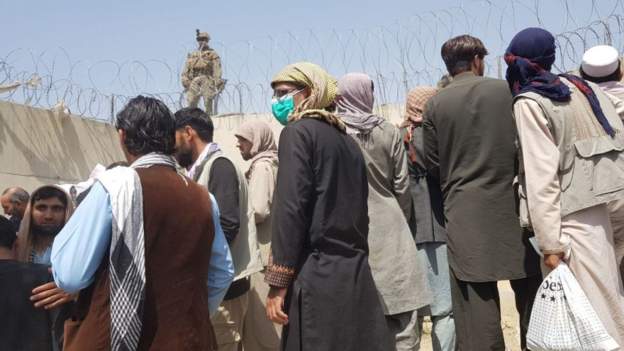 Afghans can leave after 31 Aug with proper visas – Taliban

The Taliban are urging Afghan people to stay and rebuild their country but will not stand in the way of those who want to leave, if they have the correct documentation, a spokesman has told the BBC.

Suhail Shaheen said people could still leave on commercial flights after the deadline for foreign troops to leave by 31 August.

He said: “We are not putting hurdles in their way if they have a passport issued – they can go on commercial flights at any time. We want them to stay in the country but if they intend to go, they can… if they have the proper documents.”

But he stressed there would be “consequences” if the foreign forces stayed beyond 31 August. He did not elaborate on what this would mean, saying only that the Taliban leadership would decide.

G7 members will meet virtually tomorrow to discuss whether to try to extend the 31 August deadline amid chaotic scenes at Kabul airport.