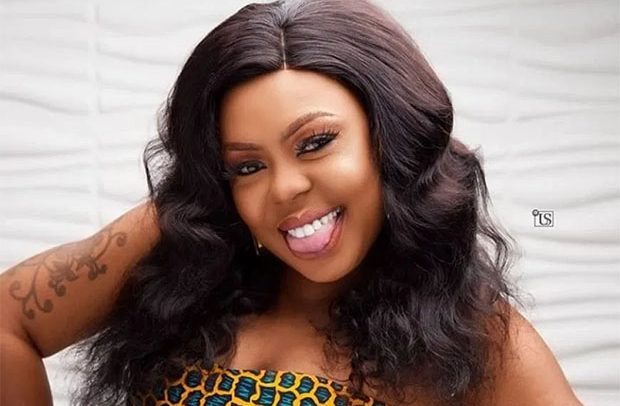 Media personality Afia Schwarzenegger, also known as Valentina Nana Agyeiwaa, has broken her silence after a high court verdict of a 10-day jail term and a bench warrant for her arrest.

Afia Schwar, who has not made any public appearance after the judgement against her, took to social media to support her daughter, who was participating in a ballet show.

The eight-year-old girl,  Adiepena Geiling Amankona, wished the mother was present to share the joy with her but to no avail.

However, Afia Schwar sent her well wishes via her Instagram page as her daughter performed at the National Theatre.

She posted: “Final Rehearsals before her performance at the National Theatre Dubbed Once Upon A Dance.
So proud of you @penalistic_pena . Thank you so much Miss Freda for all the months of training. Goodluck to you both 💗 💓 💖 💕”

After the main contest, Afia Schwarzenegger again congratulated Pena as she affectionately calls her daughter on the performance despite her absence.

The video was shared with her by Pena’s father, and she responded to that also on her Instagram page.

“Congratulations!!!!
Thank you Miss Freda
Thank you @irvin_jnr and Daddy
To the organisers of “National Ballet Show” at the National Theatre, Thank you.”

Below is Adiepena Geiling Amankona displaying her ballet skills on stage

Afia Schwar has been in the news lately after being slapped with a jail term for defaming Ashanti Regional NPP Chairman, Bernard Antwi Boasiako, popularly known as Chairman Wontumi.

Afia Schwarzenegger and the four others, together with UTV, were cited for contempt based on a discussion programme they held on the United Showbiz show and discussed the merits of a defamation suit pending in court.

It was about a case filed by Chairman Wontumi, represented by legal practitioner Maurice Ampaw.

The High Court in Tema, on Thursday, December 1, 2022, convicted and fined all the contemnors.

Afia Schwarzenegger was not in court on Thursday, so the court issued a bench warrant for her arrest.

She will spend 10 days in prison when arrested, while the others will pay GH¢60,000 each.

In default, they are to spend two months in jail.

Meanwhile,  Chairman Wuntumi is pledging an amount of GHC5, 000 to any person with knowledge about the hideout of Afia Schwarzenegger.