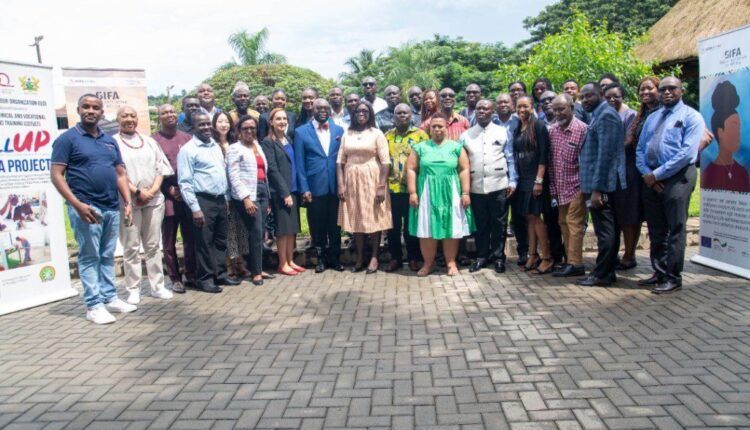 The African Union (AU) has started training its citizens to easily transition from education to productive employment by positioning them to tap into opportunities in the green economy.

It has organised a five-day workshop for people across the renewable energy, forestry and agriculture value chain in Ghana, Eswatini, South Africa, Tanzania, Zambia and Zimbabwe.

The training, which would end on Friday, September 30, aims to enhance the ability of people in both public and private institutions with the requisite knowledge, technical skills, strategies and instruments to address the challenge of mismatch and imbalance of skills demand and supply across the continent.

This is under the African Union Commission (AUC) and African Union Development Agency (AUDA-NEPAD) Skills Initiative for Africa (SIFA) project with the International Labour Organisation (ILO) as project implementation partner.
The project is being supported by the German Government and European Union.

Ms Naomi Lintini, Chief Technical Advisor for the Skills Initiative for Africa project, said the training formed part of efforts by the AU to prepare its citizens for future jobs.

She explained that globally, climate change was pushing countries to be environmentally friendly, resource efficient and socially inclusive (thus, a green economy).

This would require building competence for people to deal with the issues of the green economy, particularly, a labour force that would meet the demands of the future job market.

Ms Lentini said: “For those jobs of the future, we need to first build capacity for expected skills for the green economy. Sometimes it can take as long as five years to the time you produce the experts that would work in the green economy.”

“We want to make sure that we create a balance so that we graduate people who can find jobs in the labour market of the future and reduce the mismatch between education and employment,” she added.

She noted that the training was in line with the AU agenda 2060 to create an Africa whose development is led by its people, therefore, the need to build a competent labour force.

Ms Vanessa Phala, Country Director of ILO, ECOWAS (Economic Community of West African States), said the project was in line with Ghana’s long-term framework for national development [Ghana at 100].
The Ghana at 100 development agenda sets the strategic goals of an industrialised, inclusive and resilient economy in a protected natural environment with well-developed human resources.

Ms Phala said, to achieve the goal, critical skills supply was needed to ease the country’s adaptation and mitigation of the impacts of climate change and environmental degradation and transition into a green economy.

She was confident that the workshop would serve as a catalyst to enhance effective systematic mechanisms to integrate greening into the Technical and Vocational Education and Training (TVET) system in Ghana and create sustainable jobs.
Mr Theophilus Tetteh Zogblah, the Deputy Director in charge of Standards, Curricular development and Enforcement at the Commission for Technical and Vocational Education, said, “greening has come to stay.”

This requires environmental sustainability and ensuring that whatever we do by way of the work we do across sectors, we’re conscious of our environment, so, the issue of green jobs surfaces as paramount, he noted.

Mr Zogblah said the training was to ensure that the skills development space was strengthened through skills anticipation, so that: “the people are equipped with the skills for today and future work across various industries.”