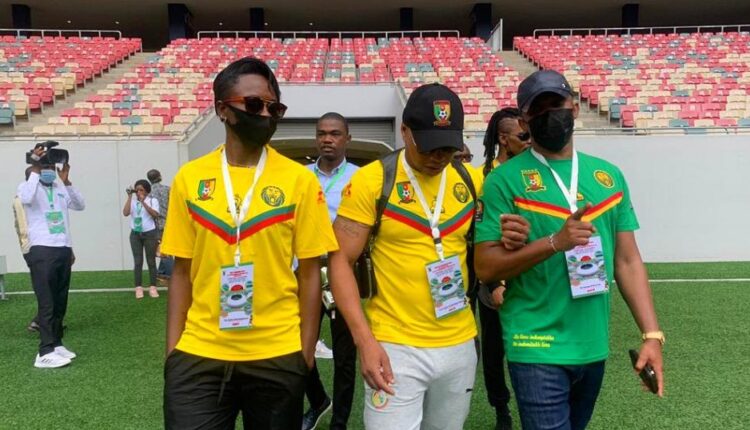 Cameroon has launched what it calls an ‘Information tour’ on the CAN 2021 which it is scheduled to host in January 2022. CAN-2021 was initially scheduled from 9 January to 6 February in Cameroon but was officially postponed to January 2022 due to the pandemic of the novel coronavirus (COVID-19).

The tour which will last 10 days was launched in Douala on Saturday in the presence of some of the biggest stars of African football. They included Samuel Eto’o, Geremi Njitap, Patrick Mboma and El Hadji Diouf. For the first stage of the tour, six sites were inspected including hospitals and hotels.

Some of the players did not hide their impressions.

“For the bad tongues who said that in Cameroon there is no infrastructure, I say that the CAN is launched. I wanted to thank and continue to encourage the government because we have seen today is high level. Today, we have only one thing to look forward to, that the ball starts to turn and that this African Cup begins.

For the former Indomitable Lion Patrick Mboma, with this type of equipment, Cameroon has nothing to envy from other nations of the continent

“If I compare it to what I’ve seen from world standards, we’re doing well. What I’ve seen here is crazy. Really. I’m very pleased.”

And for his fellow former teammate Geremi Njitap, these infrastructures are an opportunity for young Cameroonians

“When I see what I saw today, it’s true that I almost regret not having had the chance to play in these facilities. Now let our young people who are going to play here take advantage of it.”

Through this tour, the organizing committee says it wants to show that Cameroon is set to host 24 teams of the competition which begins in the evening of January 9 2022.

Africanews correspondent Joel Kouam reports that the tour was smooth in the city of Douala with the presence of the football stars. He adds that the authorities indeed want to pass a clear message to Africa and the rest of the world that Cameroon is host the continent’s biggest sporting event.