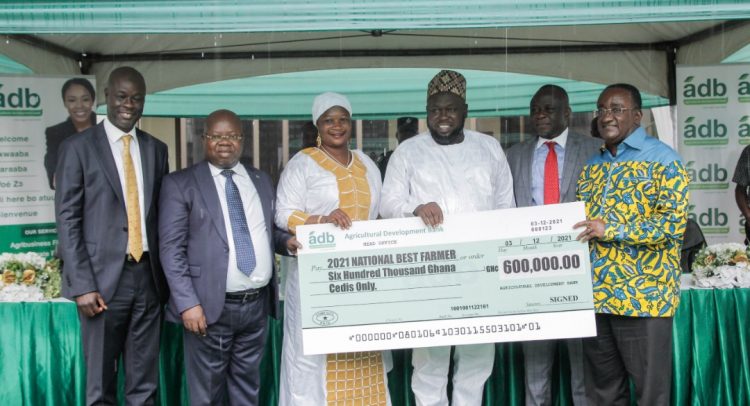 The Minister for Food and Agriculture (MoFA), Dr. Owusu Afriyie Akoto has made a passionate appeal to the Agricultural Development Bank (ADB) and other financial institutions in the country to “come to the aid” of farmers to help boost production.

According to him, despite the “huge opportunities” created down the value chain through the government’s flagship program, Planting for Food and Jobs (PFJ), farmers were not taking advantage of them.

“The missing link between the PFJ and its expected outcome”, he stated “is that commercial farmers have not responded to the opportunities presented by the program”.

Government, he added, has however shown full commitment to supporting local farmers in their operations with a cumulative investment of nearly half a million dollars”.

He, therefore, appealed to commercial banks to come in and support farmers who have demonstrated that they can deliver.

“Some farmers have invested [in their operations] but lack the needed funds to support their businesses. Even though the ADB has been supportive in recent times, it is not enough. They should give more. They should be out there with their family’s portfolio 100% for farmers. So Mr. Manager, I’m begging you to come in and support us [farmers]”, the Minister pleaded.

The Minister made this appeal while speaking at the presentation of the prize to the 2021 national best farmer held Wednesday at the MoFA forecourt in Accra.

Managing Director of the ADB, Dr. John Kofi Mensah assured of their commitment to support the government in rewarding and celebrating local farmers.

“The ADB has supported the PFJ with over Ghc100 million since inception; and if the Minister is asking that we provide more support, we promise to do so in due course”, he stated.

Dr. Mensah also disclosed that the bank had received a proposal from Alhaji Mohammed Mashud, winner of the 2021 national best farmer award proposing to invest the amount into a broiler project assuring that the bank would provide him with all necessary logistics and support to help in the realization of the full objectives of the project.

Alhaji Mashud on his part said he would use the funds – Ghc600,000 – to expand operations in broiler production in the North to create employment, especially among women and youth.