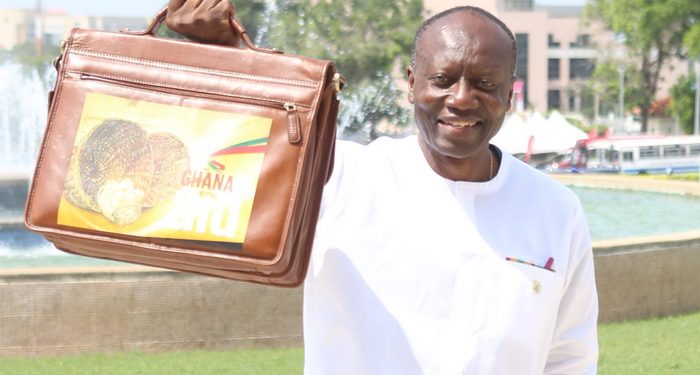 Ahead of the 2023 ‘recovery’ budget; prospects and risks within the economy

This article discusses the multitude of uncertainties the Ghanaian economy is facing, putting them in perspective with a historical account of key government decisions and economic trends over the past few years. An attempt is herein made to recommend actions which can be considered in areas such as trade, finance and tax cooperation to put the economy on a more sustainable path.

It has been said time without number that Ghana’s economic predicament is partly due to the structure of the economy, which is characterised by small manufacturing and formal sectors, and a less-educated workforce. Puny progress regarding structural changes and low spending on research and development (R&D) are also part of the country’s bane. Complicating Ghana’s economic outlook is significant trade uncertainties with tepid trade progression from the Gordon Guggisberg economy – which is characterised by substantial risks of direct and indirect costs in import and aid-dependency, mere inertia in export receipts, unexhausted external debt… so it is an albatross yielding high unemployment, high cost of living and weak a currency.

The challenges call for tapping into experiential and actionable knowledge on how to successfully traverse structural transformation, with implications for growth, employment and tackling widening general inequalities. There is no doubt of the need for Ghana to double its effort in tax collection to bridge the yawning gap in public spending to reduce the consequences of extreme poverty.

Meticulous management of the opportunities, costs and risks of different resources accrued to the country is extremely crucial. There appears to be a weak capacity for the country’s debt management. Addressing this will require unlimited improvements in accountability and political commitment toward same.

I know government is putting its best foot forward in the ongoing IMF negotiations to let development partners appreciate the need for us to drive our own recovery, as well as letting multinational lenders avail the country with improved borrowing options whereby repayments can be pushed, or even paused, should the country be encumbered with precarious situations like the one in which it currently finds itself.

Though Ghana is gradually moving away from being a traditionally agricultural-led economy to becoming services-driven, the fact still remains that the country has great potential for experiencing strong industrialisation in the medium- to long-term. This could be on the back of mechanised agriculture. Per the UNIDO Industrial Analytics Platform in November 2020 on the subject ‘Leveraging industrialisation for inclusive growth’, Ghana is said to have ranked 109th out of 128 countries in the SDG-9 Industry Index. This is yet again another area with huge potential to absorb great numbers of the nation’s teeming unemployed and yield much needed foreign exchange from exporting value-added produces.

The country is lavished with natural resources which can be harnessed and leveraged to diversify the economy and attract foreign investments. The state will have to facilitate this venture by providing the necessary basic infrastructure and improving upon regulatory and legal frameworks with the aim of establishing Ghana as a competitive manufacturing and trading hub in the league of emerging frontier nations.

According to the World Bank, in the year 2020 the industrial sector;’s total contribution to GDP was 34% and US$23.9bn in monetary terms. This was largely driven by mining and manufacturing respectively. The huge potential in manufacturing reflects its continuous contribution to GDP in 2021. Thanks to government’s digitisation efforts, it is one huge avenue meant to integrate informal workers in our quest to widen the formal economy’s scope.

Given that the country is typically characterised by an abundance of labour, it definitely has an edge with comparative advantages in labour-intensive sectors to be harnessed; and promoting industries by adopting technologies that are in line with the said comparative advantage is a no-brainer. These undertakings could lead to creating more job opportunities, rising wages, particularly for lower-wage workers, and an improvement in economic equality.

Under such an instance, labour productivity – which stood at US$13,300 per worker in 2019 – would definitely shoot up to meet expectations, as recently opined by the Government Statistician. Especially as expenditures that will have multiplier and lasting impact in the form of low cost loans to buy equipment, set up funds etc. could be offered.

The Ghana Enterprises Agency (GEA) was formed in 2020 with the responsibility to administer and facilitate micro, small and medium-sized enterprises’ (MSMEs) development, and was a step in right direction. However, giving them just GH¢8.9m (US$1.5m) a year after its establishment – for disbursement to a hundred and twenty small businesses in several segments in industry and manufacturing – was woefully inadequate. More injections are expected/needed if the sector is to make any meaningful impact on the economy. Focusing on its core mandate and drawing lessons from the defunct Bank for Housing and Construction (BHC) and a host of similar failures, the newly established Development Bank of Ghana (DBG) is set to fuel the industrialisation agenda.

Risk-taking may not violate the law, but…

It beggars belief that year after year the Auditor General’s (AG) report reveals infractions, irregularities and tax seepages of unthinkable magnitude. A total estimated amount of GH¢50.6billion is said to be involved in the malfeasance from 2017 to 2021, yet we go cup in hand globetrotting for hand-outs as temporary stop gap measures. A contributor, speaking about the 2023 budget at the Institute of Chartered Accountants Ghana’s (ICAG) recently held breakfast meeting, among others, said there’s no need to blow AG findings out of proportion to cast the country in bad light; and that such aberrations might not necessarily have occasioned financial loss.

Well, modern risk management considers opportunities or loss of same – that is detrimental to the attainment of desired objectives – as events which require identification and mitigation of their negative consequences. The extent to which the ‘Bigger Ghana’ project can be attained or hampered due to certain irregularities is a risk that needs to be addressed.

Much as risk management could take a positive view (potential gain), neutral view (probability of events), so also a pessimistic or negative view (probable harmful event) – which incidentally can be stretched into the realm of the ‘concept of prudence’ – should be permissible.

The concept of prudence finds expression in various disciplines such as philosophy, law and economic theory. It has also been an important moral virtue and component of commercial and accounting practice throughout history – even though accounting standard-setters now seem to be relegating it to secondary importance. This observation is born out of the elimination of prudence from the conceptual framework of the International Accounting Standards Board (IASB) in 2010, and its reinstatement during 2018 in its conceptual framework.

The word prudence comes from the Latin ‘prudential’, which means ‘seeing ahead’. Ancient Greek philosophers considered prudence to be one of the four cardinal virtues, together with courage, temperance and justice, which along with the three Christian virtues of faith, hope and love constituted the seven virtues of Medieval Scholastic philosophy. In Greek philosophy, prudence was associated with wisdom and practical knowledge (Aristotle). More recent philosophers, such as Immanuel Kant, rejected the idea that prudence is a moral virtue, and argued instead that prudence is a practical technique for making decisions.

If the Specified Entities could evaluate their plan for handling potential threats and then develop structures to address them, their odds of becoming successful entities would be improved: and they would be in a better position to provide efficient public services reduce imports while increasing exports; and promote public economic activities to create more jobs with overall meaningful contributions to economic growth. Since most of these public entities may be existing as utilitarian, focusing on achieving good results for the greatest number of people in society, risk is therefore not seen as profitable. The point of whether a risk is disproportionate or not involves a balancing of outcomes. Progressive Risk Management as a discipline is proactive and not reactionary, so stretching it to be in synch with the concept of prudence should be a better guide for the heads of governmental entities.

Social interventions in themselves aren’t bad in developing economies such as Ghana. It’s just that we are in precarious times, so even more repugnant and abhorrent is dishing out freebies. Such have no economic value but are a drain that ultimately has to be paid – by the very few judicious tax payers.

There are statistics to show that the laudable Free SHS programme increased pupil enrolment. It’s imperative we get a greater percentage of our populace educated, at least to the tertiary level. That will be the beginning of our developmental trajectory. However, it’s certainly not prudent to continue paying teacher and nurse training allowances or give in to the NDC’s promise of free tertiary education. So, also it’s unthinkable to have cancelled the road tolls.

Governance is about choices; but when a government is saddled with delicate choices, then there’s a need to ensure an equitable balance of populism and prudence.

Doing away with frivolities

Leadership is crucially needed at this point in time, to show the way by: Cutting down on profligacy; Diverting scarce and competing economic resources from non-productive ventures into capital expenditures which pay for themselves with the passage of time, and; Managing procurement efficiently.  Instead of thinking about reducing the so-called bloated public sector labour force, they should be made to become more productive.

If public sector companies can’t be profitable, they may as well be declared charitable institutions. We must increase the acreage for output from agricultural produce and process same. Definitely, there’s a feather in the cap of government’s digitisation effort – but there’s a need for continuous pushing, even speedier, in the direction of GRA to help it bring in more tax revenues. This section cannot end without touching on the over-bloated condition of government. There is so much superfluity that cannot be left untouched due to its enormous toll on the nation’s purse.

My expectation is that the budget will reflect greater international tax cooperation, and in particular addresses tax avoidance and evasions. Government, in putting its best foot forward during the ongoing IMF negotiations, should also let other development partners appreciate the need for Ghana to drive its own recovery, with the hope that recovery efforts will be fair and equitable – bearing in mind that livelihood regeneration and entrepreneurship are crucial elements of sustainable recovery.

The writer has two and half decades of demonstrable professional working experience in many disciplines. Henry can be contacted via henryadjeiboadi@gmail.com or 0244 65 16 63 / 0208178791